The target looked exceedingly ambitious and health officials expected it would take weeks before a new program, called NHS Volunteer Responders, would get anywhere near that figure. They were quickly proved wrong.

Mr. Hancock’s target was surpassed within 24 hours and the number of volunteers has swollen to 750,000 in just five days. The program has been so overwhelmed that, on Sunday, organizers had to suspend all new applications.

"We have been absolutely bowled over by the staggering response to our call for volunteers,” said Ruth May, the Chief Nursing Officer for England. “We will now concentrate on getting this incredible volunteer army up and running.”

Program volunteers will perform tasks such as shopping for elderly shut-ins, driving people to medical appointments or just making a friendly phone call to someone self-isolating.

For a country that has been bitterly divided by Brexit in the past few years, the fight against the novel coronavirus that causes COVID-19 has become something of a unifying force.

As the number of cases hits 20,000 and shows no sign of slowing down, people across the country have set aside their differences and come together in a spirit of co-operation rarely seen since the 2016 referendum on Britain’s membership in the European Union.

How many coronavirus cases are there in Canada and around the world? The latest maps and charts

Even before Mr. Hancock’s call for help last week, more than 3,000 groups had popped up under the umbrella COVID-19 Mutual Aid. The group estimates it has around 2.5 million volunteers helping out in communities up and down the country, and the number keeps growing.

“There’s a deep streak of collectivism and community looking out for each other, and I think that’s what’s really inspiring and motivating large numbers of people like never before,” said Kevin Smith, who lives in London and helps co-ordinate Mutual Aid.

He said the network started long before the government got serious about the virus. It began a few weeks ago when some friends in Lewisham, in South London, grew restless at the government’s slow response to the virus and started going door to door in their neighbourhood distributing leaflets that offered a range of volunteer services for anyone stuck inside.

The idea quickly spread and within days hundreds of similar groups surfaced on WhatsApp and Facebook. They soon began working together and organizers now hold regular meetings online to devise strategies. “The extent to which we deal with this crisis is essentially dependent on how we collectively look out for each other,” Mr. Smith said.

Justin O’Sullivan has been going door to door for weeks in his neighbourhood in Peterborough, north of London, offering free food to elderly shut-ins and running errands for people self-isolating. He’s a Mutual Aid volunteer and also signed up for the NHS program last week.

“I think if you’re in a position to do something, then I think you’ve got that responsibility to do it,” said Mr. O’Sullivan, who works for a technology company and does his job from home. “We’re okay financially, so why not help?”

He has also seen a shift in public attitudes since the virus took hold in Britain a couple of weeks ago. While there was plenty of panic-buying and selfishness at first, Mr. O’Sullivan said that didn’t last long and people have become far more generous.

“I’m seeing a calm atmosphere in the shops,” he said. “Everyone is just treating everybody with a bit of respect.”

The volunteer effort could go on for a while. The number of confirmed cases has been doubling every three to four days in Britain and the death toll has topped 1,200, suggesting the outbreak is far from peaking. Those infected include Prime Minister Boris Johnson, Mr. Hancock, two other cabinet ministers and Prince Charles.

Last week, Mr. Johnson put the country in a near total lockdown and health officials said on Sunday that those measures could be needed until June. The government is also frantically building temporary hospitals in convention centres in London, Birmingham and Manchester, which have been particularly hard hit.

"It’s important for me to level with you – we know things will get worse before they get better,” Mr. Johnson said in a letter that’s going out to every home in the country this week.

As the lockdown continues, the strain on some volunteers is beginning to show. "It’s been quite emotionally tolling,” said Reece Roberts, a student at the University of Birmingham who helped launch a food bank and shopping service for people self-isolating.

“It’s quite hard when you get a message from a man and seven kids who are struggling to feed themselves because half of them are in self-isolation,” said Mr. Roberts, a 22-year-old political science major from Glasgow. “You feel a real sense of duty to go out. … The country has come to a standstill and the basic provisions that some people really rely on are completely gone.”

He’s also gained a new perspective on what he plans to do in future. “Really, I’m just hoping to continue work like this,” he said. “Work that has a cause.” 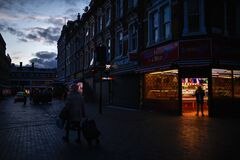 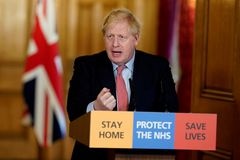 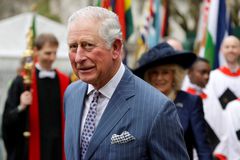