When Lisa Taddeo disappeared into the centre of her country to pursue the subjects of her new book, Three Women, her friends would call up and ask: Why did you move to Indiana? And Taddeo couldn’t really explain what she was doing – that she was attempting to document, in the most microscopic detail, the very private inner landscape of sexual desire experienced by a few individual women.

Then Taddeo told her friend about one of her subjects, called Lina in the book (two of the women are given pseudonyms and one, whose story was already public, is not.) Lina lived in Indiana, although “existed” may be a better word, because she dragged herself through a loveless marriage to a man who wouldn’t even kiss her, let alone make love to her. The damage Lina experienced after being raped in high school reverberated through her whole life; only when she began an adulterous affair with an old boyfriend did she feel alive again.

Taddeo’s friend said that Lina sounded “pathetic,” which made the author defensive, but also helped crystallize her mission. By mapping these three women’s sexual and emotional yearnings in the most thorough possible way, Taddeo hoped to show that Lina was not pathetic. She was, in fact, an everywoman. She was complex and human and understandable. “It’s so easy to distance yourself from the patheticness of someone else,” Taddeo says over the phone from her home in Litchfield County, Conn. “So my biggest goal in the book was to say, ‘Look, we’re all kind of the same.’ I wanted to explore with granularity. I wanted people to be able to empathize.”

Is it better being married or single? A fresh controversy lays bare the anxieties that still persist about women’s lives

Ask Dr. Ruth: Does the ‘old-fashioned’ sex therapist stand the test of time in the #MeToo era?

Three Women is Taddeo’s first book, and it’s a whopper – not so much in length, but in time invested and advance praise heaped on it (Elizabeth Gilbert called it “the In Cold Blood of women’s sexuality.”) The book was an eight-year odyssey, prompted by Taddeo’s reading Gay Talese’s 1981 survey of American swingerdom, Thy Neighbor’s Wife, which left her wanting to know more about the women in the book and their desires. The first bit of her journey was consumed with finding the right subjects. She drove across the country, putting up notices in public places and chatting up women in hair salons, all to one end – she wanted to find women to share their most intimate emotional experiences around sexual longing.

Some women dropped out of the project, worried that they’d be exposed. In the end, Taddeo ended up concentrating on two other stories in addition to Lina’s. There is Sloane, the pseudonym for a stunning restaurateur whose husband enjoys watching her have sex with other men, and Maggie, who as a high-school student had a sexual relationship with her high-school teacher in North Dakota. (Maggie’s story is a matter of public record; her teacher faced five charges of corruption of a minor and was acquitted on three charges, while the other two were dismissed.)

The three women are quite different in their class backgrounds, their location and their aspirations, but Taddeo finds the things that unite them. The first is that their desires are biological and sexual, but also more than that: Each woman wants to be known for herself, in all her complexity and flaws. Maggie’s teacher, for example, saw past her complicated family life and recognized her as a promising and thoughtful student. Sloane loves being the centre of her husband’s intense focus (though she also admits, in a hilarious passage, that she really just wants him to do the dishes.) The fundamental issue, as Taddeo saw it, is, “Who are we inside? We get to a certain age and we just want to be known.”

The other uniting theme, which was also apparent in Taddeo’s friend’s “pathetic” comment, is that the harshest critics of women’s desires are often other women. At a discussion group Taddeo convened, the other women were hostile to the joy that Lina drew from her illicit affair, but Lina was having none of it: “Women shouldn’t judge one another’s lives,” she shot back, “if we haven’t been through one another’s fires.”

When Taddeo began the book, the latest incarnation of the #MeToo movement hadn’t begun. Even toward the end of her reporting, as she lived near her subjects, she found that the sexual-harassment scandals that had gripped coastal cities did not get a lot of attention in the middle of the country. Because it’s a book about women and sexuality, Taddeo realizes Three Women will be read through the lens of this particular moment – but she hopes it offers a new focus as well. “#MeToo is about what women don’t want. My book is about what women do want - and what they’re afraid to say they want.”

Three literary ways to cool off in the next few weeks
Subscriber content
July 12, 2019 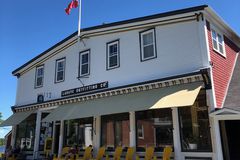 Book Review
Mike Jay’s Mescaline is a history of the psychedelic and its influence on Western culture
Subscriber content
July 9, 2019 Why Lyndon B. Johnson is the unsung hero of the moon landing, according to new book on the great 1960s space race
Subscriber content
July 15, 2019