Long before construction began on a new commercial office in Waterloo, the project’s participants met monthly over breakfast to figure out how the proposed multitenant building could set new standards for environmental sustainability and generate surplus energy yet not charge a lease premium.

The discussions – unusual for the diversity of the parties and a commitment to solve design issues early on – culminated in the opening in late November of a 110,000-square-foot building that ticked all the boxes. The Canada Green Building Council has recognized the office, dubbed Evolv1, as the first of its kind to meet the organization’s new zero-carbon design standards.

“We wanted to ensure what we were designing was going to do what we wanted it to do,” says Adrian Conrad, chief operating officer of Cora Group, the Waterloo-based developer of the three-storey building, now 95-per-cent leased. “It is a no-compromise solution and we are delivering it at market rates.”

The project’s origins date to 2013 when Cora, with a history of clean technology in its projects, responded to an industry challenge from Sustainable Waterloo Region, a non-profit that works with local firms on climate change issues, to build an environmentally sustainable, multitenant office at market rates.

A key consideration, says SWR executive director Tova Davidson, was that the proposed office be replicable. “Creating one building does not change green building standards and organizational sustainability,” she says. “But if you can do one and it is scalable financially in a replicable model then you have a foundation to build something much bigger on.”

What followed was a Cora-led project with eclectic partners: Sustainable Waterloo Region; the University of Waterloo’s innovation-focused David Johnston Research and Technology Park, where the new building is located and holds a long-term lease; and Ernst & Young (EY Canada), a then-prospective anchor tenant with a corporate focus on climate change and sustainability. Stantec Inc., a global engineering and design firm already located in the research park, later joined as consultants.

“One of the key success factors for us is that we did a lot of the design upfront,” says Mr. Conrad. “We knew we could not make it up as you go along, as you can in typical construction.”

The regular check-ins paid unexpected dividends, says Michael Pereira, the research park’s manager of business development. “We started to see there are all these interesting things, discussions and resources we can tap into and take something that seems very difficult to do and then ground it in practicality and make it very possible.”

Some of the building’s sustainable features are obvious, such as solar panels on the roof and over sections of the parking lot, which also has 28 electric vehicle charging stations. The building is expected to produce 50,000 kilowatt hours a year of surplus energy for the local grid.

Unusual for a building of this size is a dramatic three-storey-high living wall of 4,000 plants in the foyer. Mr. Conrad lobbied to extend the wall, initially one storey, to 12 metres in height, hiring consultants to solve potential building code issues and calculate the requisite LED lighting for the plants.

“A living wall can temper humidity in the building and clean air but there is also a human element – we do better when we see plants,” he says. “It has sustainability features but it is more the effect of someone coming in the lobby and looking up. It instantly tells you as you walk in the door that there is something different here.”

A floating staircase in the wood-trimmed foyer promotes walking and people interaction, with the elevator deliberately tucked behind the stairs. A new light-rail transit stop, 80 metres from the building, is expected to open this year.

Less visible features contribute significantly to a zero-carbon rating for the building, now a candidate for platinum Leadership in Energy and Environmental Design (LEED) certification from the Canada Green Building Council.

The roof and walls are heavily insulated, with close attention paid to sealing large triple glazed windows that supply natural light. A south-side solar wall brings in fresh air that, in shoulder seasons or on a sunny winter day, enters at close to room temperature. Also on the south side, horizontal solar shades above the windows mitigate the sun’s midday heat, while vertical shades on the east and west side capture some of its warmth.

Instead of natural gas, the building is heated and cooled through a geothermal system buried 150 metres in the ground.

The building is LED-lit for extra energy savings and its indoor temperatures are balanced through a “variant refrigerant flow” heating and cooling system.

Last year, the Canada Green Building Council named Cora as one of 16 pilots to test new zero-carbon standards. Mark Hutchinson, council vice-president of green building programs, describes Cora’s Evolv1 “as a real milestone and it represents the future of construction in Canada.”

With climate change, he says, “we have to build buildings and retrofit them to operate without any net emissions of greenhouse gases to the atmosphere. This building has done that using a commercial model.”

Mr. Conrad estimates the projected energy savings offset additional capital costs, with lease rates around $20 to $22 per square foot for Class A space, the going rate for similar space in the region.

The auditing firm has relocated its 185-person branch in the Waterloo region, leasing 25,000 square feet in the new office.

“Finances are always important to us, but if we can put a value statement on having this net-positive-energy building and having our staff proud of being in this environment, that is a huge value for us,” says Mr. Hearn.

With the average age of his firm’s work force estimated at 27 years, he says “it is not just getting them [new hires]; it is keeping them, beyond just the dollars and cents of rent.”

He now hopes to apply sustainability lessons from the Waterloo project to others in his portfolio.

As participants look back on the project, they credit Mr. Conrad of Cora for holding firm to the goal to create a model for others.

“Adrian was very clear right from the start that it ultimately had to make sense in the market so it could be repeated,” says Richard Williams, a partner at Stantec. “He threw down the gauntlet to the market and said, ‘We can do this.'"

One of Stantec’s contributions was the application of so-called parametric modeling to assess the building’s energy performance and likely energy consumption by tenants. “You are able to use the power of computing to model a couple of thousand different variations of the parameters to come up with what is the most effective [option] for energy performance and cost,” he says.

The result, he adds, is a project that is “very doable.”

To that end, Mr. Conrad expects this spring to begin construction on a new office right across the road, applying lessons learned from Evolv1. 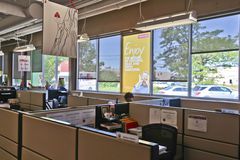 Vertical forests: This tree-clad tower would be a first in Canada
September 4, 2018 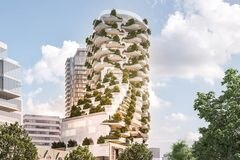 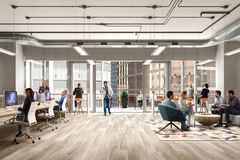 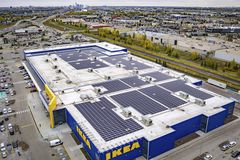