Oil sands workers will be declared essential in Alberta as the province prepares a list of who will keep working should it need to ratchet up its response to the COVID-19 pandemic.

Ontario and Quebec shuttered all non-essential businesses Monday in a bid to slow the spread of the novel coronavirus. Essential workplaces in those provinces include supermarkets, gas stations, pharmacies, takeout and delivery restaurants, hotels, and hardware, liquor, beer and cannabis stores.

An Alberta government source, not authorized to speak publicly on the matter, said their province will soon take similar action. The source said the list is currently being developed by a cross-ministry team with officials from health, labour, energy and municipal affairs under the guidance of the Provincial Operations Centre.

Alberta Energy Minister Sonya Savage told The Globe and Mail in an e-mail the oil sands are strategically important to Alberta and Canada, and more information on their continued operation would be released in the coming days.

She said the health and safety of the thousands of workers from across Canada who live in fly-in, fly-out oil sands camps in northern Alberta, typically for several weeks at a stretch, will be a focus for the government.

Workers live communally in the camps, sharing bedrooms, washrooms, and elbow space in lunchrooms – conditions that make them ripe for a COVID-19 outbreak, experts say. But symptoms of the virus may be mild in the sector’s mainly young and physically healthy work force.

The risk is that they may then have contact with other people who are more vulnerable, such as seniors or people with underlying conditions.

Last week, a worker at Borealis Lodge, about 22 kilometres north of Fort McMurray, was taken to hospital with symptoms consistent with COVID-19. Civeo Corp., a U.S. company that operates that camp and others in the oil sands, told The Globe and Mail Tuesday the worker’s test came back negative.

In the case of Civeo, the company said that means packaged food and reduced canteen hours, screening new arrivals for symptoms, controlled access to common areas, and banning anyone who has travelled internationally from accessing a facility for 14 days after their return.

Oil sands producers continue to operate despite oil prices battered by reduced demand because of the contagion, and a global oil-price war being waged by Saudi Arabia and Russia.

Those market conditions have led North American oil companies to slash more than US$20 billion from their capital budgets in efforts to protect their bottom lines.

The latest massive dial-down came from Suncor Energy Inc., which on Monday night announced it would trim spending by $1.5 billion this year. It also revised its crude production forecast down by 7 per cent.

A multibillion-dollar government aid package for Canada’s energy industry, expected to come from Ottawa, could be at least week away. Alberta Premier Jason Kenney has said he would like to see federal cash for a program to help clean up abandoned and inactive oil and gas wells, which would create jobs and shrink company liabilities.

The government said in a statement the effective operation of Alberta’s natural gas and electricity systems is critical to the province’s health response to the COVID-19 pandemic, and to support much-needed economic activity.

Mr. Kenney said the change would allow Ms. Savage to focus on the “unprecedented challenges” faced by Alberta’s largest industry. 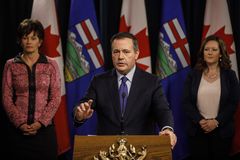 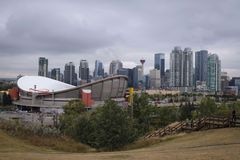 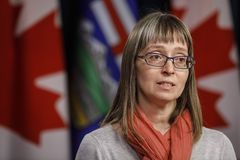