A national advisory panel has recommended Canadians 30 and older can get the Oxford-AstraZeneca vaccine if they don’t want to wait for an alternative, but some provinces say they don’t have enough supply to expand eligibility for the shot.

The National Advisory Committee on Immunization provided the updated advice in a briefing on Friday.

The committee initially recommended a pause on using AstraZeneca shots for people younger than 55 out of an abundance of caution after reports of rare and treatable blood clots.

Health Canada released a safety assessment last week that showed the benefits of the shot outweigh the risks, which the committee said it also evaluated.

The committee said the clots are rare, and people have an individual choice if they would rather wait to take the Pfizer-BioNTech or Moderna vaccines.

“What we want is to vaccinate Canadians as quickly as possible,” said committee chairwoman Dr. Caroline Quach-Thanh.

“However, if you are in an area where there is no COVID transmission, if you have no contacts with the outside, or if you’re able to shelter through public health measures, then there is a possibility to wait for the mRNA vaccine.”

The Pfizer-BioNTech and Moderna vaccines use messenger RNA, or mRNA, to trigger an immune response, unlike AstraZeneca, which is a viral-vector vaccine that delivers a safe virus to teach the body to protect against COVID-19.

Although provinces initially suspended giving AstraZeneca shots to younger people based on the committee’s previous advice, Ontario, Manitoba, Saskatchewan, Alberta and British Columbia have since started administering it to people over 40, given the current spread of the virus. Quebec is offering the shot to those over 45.

Ontario reported its first case on Friday of a rare blood clot in a man in his 60s who received the vaccine, bringing the number of reported cases in Canada to four out of more than 1.1 million doses given, according to the province’s top doctor.

A spokeswoman for Ontario Health Minister Christine Elliott said the province welcomes the recommendation and looks forward to receiving future shipments of AstraZeneca, which will allow it to begin vaccinating more people in younger age groups.

“With approximately 337,000 doses remaining and future shipments not expected until May, we will continue to administer AstraZeneca to individuals 40 and over in pharmacies and primary care settings until we receive additional supply,” said Alexandra Hilkene in a statement.

“As we continue to fight COVID-19, we are doing everything possible to get as many vaccines into arms as quickly and safely as possible.”

New Brunswick’s chief medical health officer said that province won’t receive any more AstraZeneca doses until the end of May and for now will keep offering it to people 55 and older.

A spokeswoman said Newfoundland and Labrador doesn’t have immediate plans to change its advice about the shot, while a representative in Nova Scotia said it would take time to review NACI’s guidance in context of a local factors including supply.

Manitoba will also take time to review NACI’s advice, which it said was not a “blanket recommendation” of using this vaccine for all people aged 30 and older, a spokeswoman said in a statement.

“Eligibility for AstraZenca will remain at 40 and over until further notice,” the statement said.

A statement from B.C.’s Health Ministry said it would continue to review its age-based vaccine plan as more vaccines become available.

The Ministry of Health in Saskatchewan said it is reviewing the new guidance from the immunization committee before deciding how it might influence the province’s vaccine rollout plan.

“It’s important to note that we have already lowered the age and have allocated our current supply of AstraZeneca,” the ministry said in a statement.

The national advisory committee was minutes away from making an announcement about AstraZeneca on Tuesday when it abruptly cancelled. On Friday, the panel confirmed that it had planned to release the updated recommendation earlier in the week but delayed doing so after receiving additional provincial data.

Quach-Thanh suggested the changing advice on AstraZeneca – which was based on new data coming in, but left some Canadians feeling confused – has influenced its decision to wait on releasing a recommendation on how the single-shot Johnson & Johnson should be used, which is set to arrive towards the next of next week in 300,000 doses. Late Friday, U.S. health officials lifted an 11-day pause on Johnson & Johnson vaccinations after six cases of rare blood clots.

“You guys all told us, ‘Why didn’t you wait to see the other data before putting out your recommendation (on AstraZeneca)?’ Because we wanted to be so quick and nimble that we put out a recommendation as quickly as we could,” said Quach-Thanh.

“We try to learn from our previous mishaps and this time around seeing that we wouldn’t have the Johnson product in use before early May, we still have two weeks to wait on new data to be able to put out the most up to date version as possible.”

Procurement Minister Anita Anand said last week that Canada still expects to receive 4.1 million doses of AstraZeneca from all sources by the end of June.

Anand provided an update Friday about how many more vaccine doses are coming to Canada, which didn’t include AstraZeneca, although talks continue with the United States about possibly receiving some of their supply.

She said the country can expect to receive around one million doses of Pfizer-BioNTech early next week and 650,000 doses of Moderna by mid-week.

Anand said to date, 13.7 million vaccine doses have landed in Canada and around 27 per cent of Canadians have received a first dose. 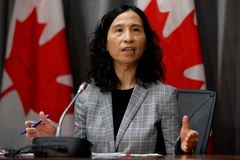 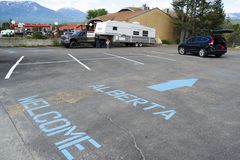 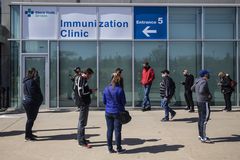