Manitoba plans to hold a lottery that will hand out $2-million in cash and scholarships to entice people to get vaccinated against COVID-19, becoming the first province in Canada to offer incentives to boost slowing demand for the shots.

Several America states have turned to lotteries to push up vaccination rates. Other provinces, including Alberta and Quebec, have said they are considering whether to offer their own incentives. Health officials and experts have warned that demand is expected to drop off now that the most eager and easiest-to-reach people have received their shots, with some provinces, including Manitoba, confirming that this is already happening.

Lotteries have been successful in places where they have been implemented and studies show the tactic can work to increase vaccine uptake.

“This lottery gives Manitobans even more reasons to roll up their sleeves – not once, but twice,” Premier Brian Pallister said.

Mr. Pallister said nearly $2-million in cash and scholarships would be given away in the lottery. Manitoba Liquor & Lotteries will act as the oversight board and third-party auditor.

Manitoba will hold two draws over the summer. Each of those draws will include three prizes of $100,000 to be distributed in the Winnipeg Regional Health Authority, excluding Churchill, along with a $100,000 prize in each of the remaining four regional health authorities. To appeal to Manitobans 12 to 17 years old, there will also be 10 draws for $25,000 scholarships.

The Premier said the province is developing advertising campaigns and providing Manitobans with additional information about vaccines to reduce hesitancy.

An EKOS Research Associates survey found that 62 per cent of respondents considered incentives such as cash, gift certificates, or tickets to movies or sporting events to be either effective or somewhat effective in motivating Canadians to get a COVID-19 vaccine.

Eighty per cent of respondents found public education to be effective or somewhat effective, and 80 per cent said proof of vaccination, or “vaccine passports,” for travel and large public events could be a motivator.

Not everyone is convinced incentivizing doses is the best option, though. Raywat Deonandan, an epidemiologist and associate professor at the University of Ottawa, said he is wary of most rewards, such as cash payments.

“The problem with that is that you’re exploiting their financial vulnerability and that is not a good thing to do,” Dr. Deonandan said. “You’re buying their co-operation; you’re not winning their hearts and minds.” The best mechanism to reduce vaccine hesitancy, according to Dr. Deonandan, is to persuade people with science.

Across the country in California, the state is giving US$116-million to people who get their vaccine to increase motivation for roughly 12 million people who are eligible for their shots but have not yet booked a dose. Of the total, $100-million will be distributed in $50 gift cards people can use at specific grocery stores or for general use, with hopes to encourage two million people to receive their shots.

Sean Higgins, an assistant professor of finance at the Kellogg School of Management at Northwestern University in Illinois, co-authored a study on “prize-linked incentives” in financial product design. That study found that people were 41 per cent more likely to open and use a savings account when they had chances of winning one of 1,000 smaller prizes of US$32, or one of two larger prizes of US$809.

“Lottery incentives seem to work, and have been tested in a number of other settings as well,” Mr. Higgins said, citing HIV testing and adherence to addiction treatment programs as examples.

“And it seems that these lottery incentives do have a much bigger impact than just spending the same amount of money but distributing it over everyone so that it’s only a small amount you can give to each person.” 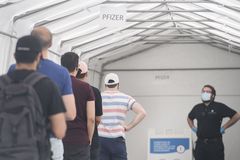 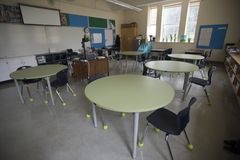 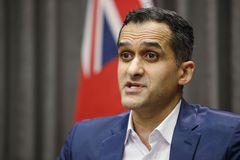