Faster-spreading and potentially deadlier variants of the coronavirus are now responsible for around 40 per cent of new cases in Ontario, a figure that experts say should be a warning to the entire country about the threat of a third wave that could outpace vaccinations.

Ontario’s COVID-19 science advisory table is publishing a brief about the variants on Thursday, along with a new dashboard separating traditional cases from those screening positive for a mutation that signals one of three variants of concern.

The new graphs, viewed by The Globe and Mail, show cases of the original coronavirus have plummeted while variant cases have skyrocketed, all beneath the surface of a topline case count that has begun to creep up after plateauing at around 1,000 cases a day since mid-February.

Dr. Juni warned another lockdown will likely be needed and may have to be stricter than earlier ones.

Variant cases are taking off at a precarious moment. Ontario and other provinces are gradually easing restrictions, while individual Canadians, buoyed by the arrival of vaccines, are yearning for more freedom after a year of pandemic life.

In the long run, widespread vaccination will tame the pandemic, even if vaccines have reduced effectiveness against some variants of the coronavirus, said Andrew McArthur, a researcher whose lab at Hamilton’s McMaster University is handling a portion of Ontario’s viral sequencing load.

But he is far less sanguine about what the country may be facing in the meantime.

“Between now and then is extremely dangerous,” Dr. McArthur said. “I have short-term fears and long-term optimism.”

Mutations of the virus that causes COVID-19 became a global concern three months ago when the B.1.1.7 variant, which was first observed in Britain, was found to increase transmission of the disease, driving a steep surge in cases in that country.

The variant has led to more deaths, in part because infections have grown over all. Additionally, evidence is also mounting that the variant increases the chances of death in those it infects – by 30 per cent to 100 per cent, according to a University of Exeter-led study published Wednesday in The British Medical Journal.

Meanwhile, the variants associated with South Africa and Brazil have been linked to increased vaccine evasion and to cases of reinfection, respectively.

In Canada, variants of concern have been confirmed in every province. The Public Health Agency of Canada reported a total of 2,663 confirmed variant cases as of Tuesday, most identified as B.1.1.7.

But the agency’s tally is out of date. It only includes cases the provinces have confirmed through viral genome sequencing, which takes days or weeks, depending on the location.

Ontario’s total, which is closer to real time, includes all cases that have been picked up by a screening tool that looks for a mutation common to B.1.1.7 and to B.1.351 and P.1, the variants first confirmed in South Africa and Brazil, respectively.

Public Health Ontario’s most recent daily epidemiological summary shows 921 confirmed cases of B.1.1.7, 39 of B.1.351 and 17 of P.1, but 6,045 cases that have screened positive for the worrisome common mutation.

Dr. Juni said in an interview that cases that have screened positive for the mutation now make up an estimated 40 per cent of Ontario’s new infections, even though the most recent official figure from Public Health Ontario, from the week leading up to March 4, is just less than 30 per cent.

Right now, the daily case count in Ontario, where 1,316 new infections were reported Wednesday, is tracking a touch higher than the worst-case scenario laid out in modelling projections on Feb. 25. That scenario has Ontario hitting 4,000 cases a day by the end of this month, exceeding the peak of the second wave.

Dr. Juni said that even at their strictest, Ontario’s lockdown measures never drove the reproductive number of variant cases below one. (The reproductive number is a measure of how many new infections each case creates.) “That’s the problem,” he said. “It’s much more likely that we’ll need to have [another] lockdown and it’s much more likely that the lockdown needs to be more efficient than before.”

Future lockdowns may need to be beefed up with curfews and travel restrictions to make them less “leaky,” he added.

Sandrine Moreira, who is head of genomics and bioinformatics for Quebec’s public-health lab, said variants now account for about 10 per cent of new cases in that province. Most of those are the B.1.1.7 variant, with cases primarily concentrated around Montreal.

“It will be a race between vaccination and the spread of those variants,” said Dr. Moreira, who added that models predict a rapid acceleration in infection rates unless people improve their adherence to public-health measures, including physical distancing and masking.

“How people follow the rules will strongly impact the number of cases in the next few weeks,” she said.

In Alberta, where the government has enacted enhanced contact tracing and tougher isolation rules for variant cases, B.1.1.7 cases now make up about 10 per cent of new infections, said Graham Tipples, medical scientific director of the province’s public-health laboratory. That’s up from 4 per cent to 5 per cent in mid-February. “We’re trying to hold it off for as long as we can,” Dr. Tipples said.

Troy Day, a professor of math and statistics at Queen’s University in Kingston, said there is a good chance the third wave will be less deadly because most residents of long-term care and retirement homes have already been vaccinated.

But too few Ontarians have been inoculated or previously infected to alter the trajectory of cases in the near term. “By mid-March, we’ll be at 50 per cent,” he said of the variants. “By that point, it is a little too late.” 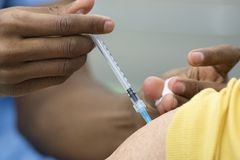 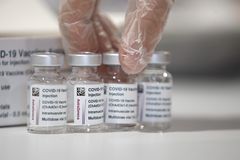 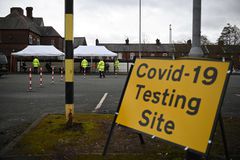 Follow Kelly Grant and Ivan Semeniuk on Twitter @kellygrant1 @ivansemeniuk
Report an error Editorial code of conduct
Due to technical reasons, we have temporarily removed commenting from our articles. We hope to have this fixed soon. Thank you for your patience. If you are looking to give feedback on our new site, please send it along to feedback@globeandmail.com. If you want to write a letter to the editor, please forward to letters@globeandmail.com.
Comments