As of Wednesday at 8 a.m., all schools and non-essential indoor services will be closed in the province for the next two weeks.

Rankin said strong, swift action was needed to bring the virus under control. The closures will affect malls, gyms, bars and restaurants, though takeout and delivery will be allowed. Only stores selling products considered essential will remain open for in-person service.

“We need to act now,” chief medical officer of health Dr. Robert Strang told a news conference. “We cannot be chasing this virus. We have to be ahead of it to protect Nova Scotians, our health-care system and our vaccine rollout.”

The announcement came after the province’s COVID-19 daily case count jumped to a record 96 cases on Tuesday.

Prime Minister Justin Trudeau announced earlier in the day the military will deploy 60 service members to assist at COVID-19 testing centres in Nova Scotia. Trudeau said the province requested the aid because of the rapid rise in cases, particularly in the Halifax area.

Tuesday was the third straight day Nova Scotia reported a record number of COVID-19 cases. Ninety of the new cases were identified in the Halifax area. Another three were reported in the province’s eastern zone, two in the western zone and one in the northern zone. Nova Scotia has 419 active reported infections.

Health officials had imposed a lockdown in the Halifax area last week and closed schools in the region for the next two weeks.

Meanwhile, three more school-based COVID-19 cases were reported late Monday, including at Sydney Academy in Sydney, N.S. The other two cases were identified at Bedford and Forsyth Education Centres Bedford campus and at Halifax West High.

In Sydney, parent Amanda Carroll had already decided to keep her two children home this week because of an increase in cases in the Cape Breton Regional Municipality. Carroll has a five-year-old son and a 16-year-old daughter who attends Sydney Academy.

Despite case numbers that are still significantly lower than those in the Halifax area, Carroll said in an interview she feels “completely uneasy” and wishes there was an order requiring people to stay home.

“Our numbers are going the wrong way,” she said. “And while they (health officials) don’t see community spread here yet, I feel like it’s only a matter of a few days before they do.”

Cape Breton Mayor Amanda McDougall said in an interview that while she senses unease in her community, she’s reassured by the number of people who have been turning out to get tested.

“We’re getting the data that is required by the province to make decisions on restrictions going forward so that is a good thing,” McDougall said.

Still, as the mother of a school-aged child and a five-month-old son who has a compromised immune system, the mayor admitted she is “scared” and would like to see schools in her region closed.

“Because of the numbers and the concern in the community, it would be a smart thing to do if we are trying to be pro-active,” McDougall said. 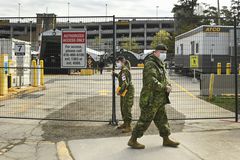 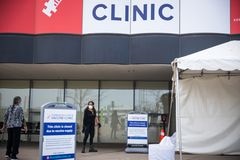