Rosalynn Ruptash was not a skier when she met her husband 13 years ago.

“I’m as athletic as a rusty nail,” says the 66-year-old Edmontonian. “I’m also very petrified of heights. I have acrophobia.”

But her future husband was an avid, lifetime skier and she realized she would have to give it a try and let him see for himself that she just couldn’t. That is not how it turned out, though.

“You don’t have to be an extreme athlete or even athletic in order to ski,” she says. “You just have to have the courage to give it a try and enjoy being outdoors.”

The sport is physically and mentally stimulating and the views are spectacular, she says, as long as she doesn’t have to look down.

The ski club has 885 members, most of them in the Metro Edmonton area. All are 55 or older. The oldest is 97. In summer they cycle and mountain bike but the club’s raison d’etre is hitting the slopes.


For club members, it’s a team sport and the camaraderie is as important as the snow conditions.

A decade ago, people aged 55-plus accounted for 17.5 per cent of skies in a season, according to the U.S.-based National Ski Areas Association. That percentage has grown steadily since.

Nancy Greene Raine is still an avid skier at age 78. The Olympic gold medallist and former senator says the sport is a lifelong activity that it’s never too late to learn.

“If you can walk, you can ski,” says Ms. Greene Raine, who is the director of skiing at Sun Peaks Resort near Kamloops, B.C.

The 1968 gold and silver medal winner in slalom says she still likes to ski fast. “I love the sensation of being free,” Ms. Greene Raine says. “It’s like you’re flying.”

For those who have skied but not for a very long time, she says it’s like riding a bike – except when you get to the bottom.

“ “You get on the lift and the lift takes you up. You never have to pedal up the hill. It’s fantastic,” she says. 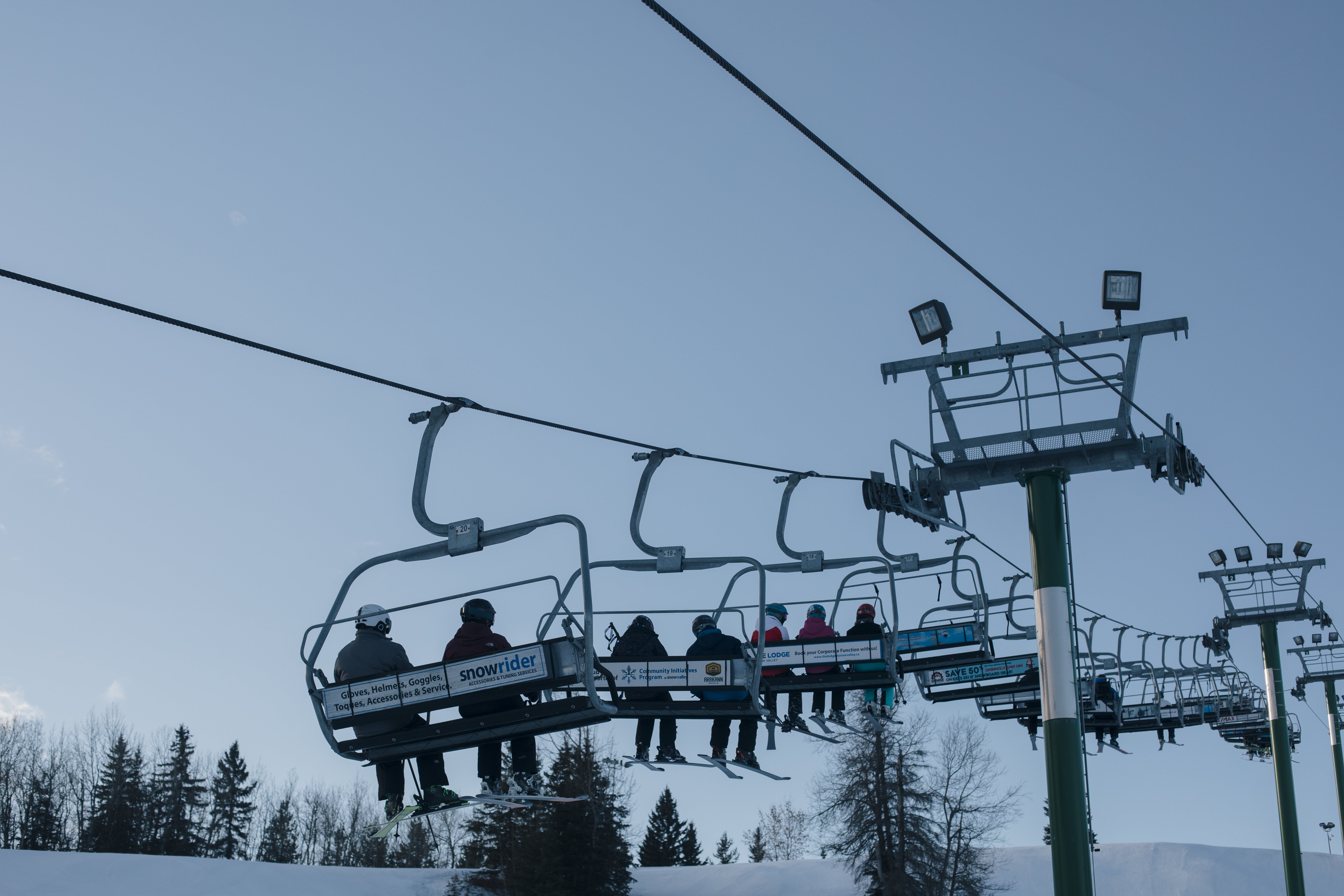 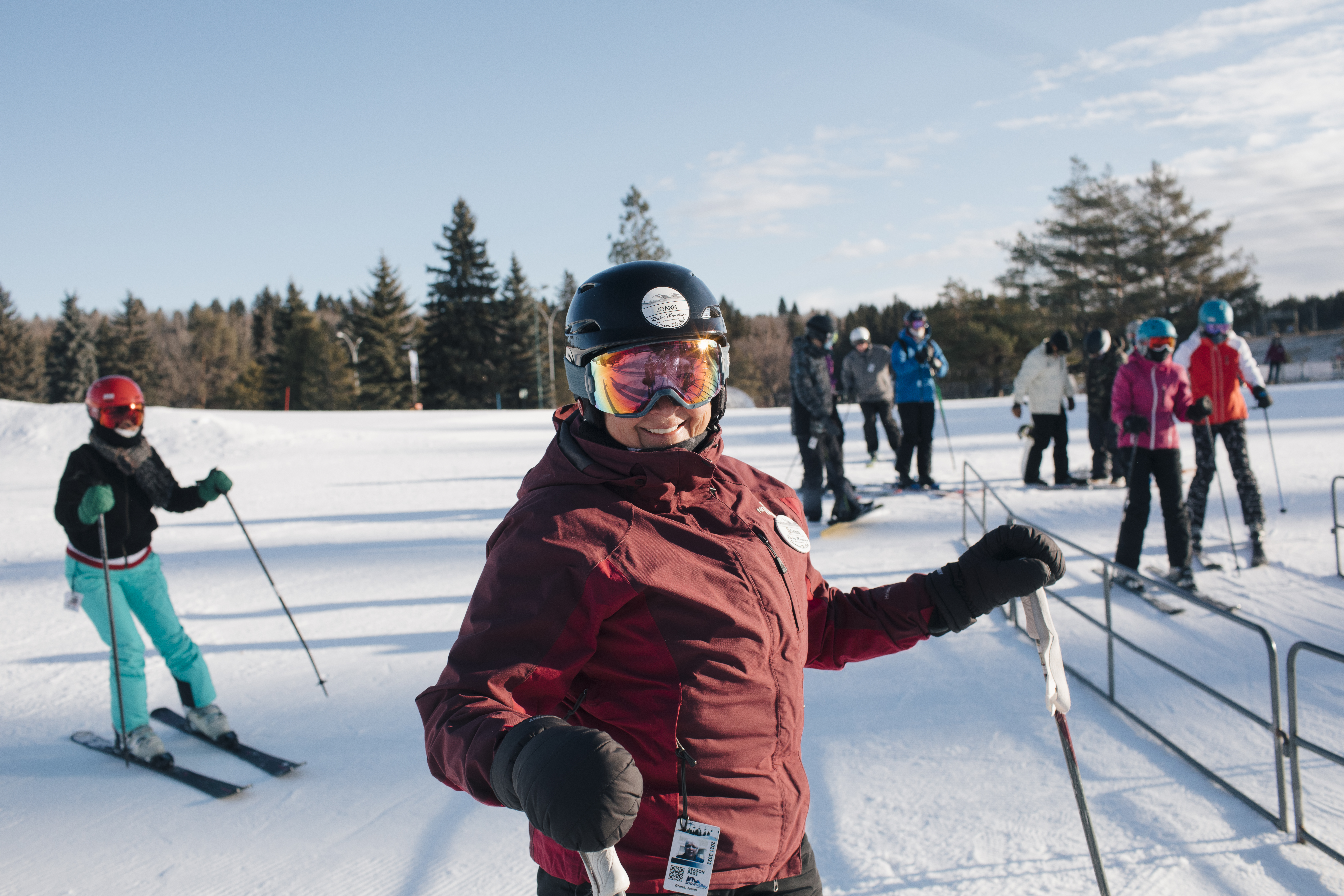 Skiing is good exercise and very social, Ms. Greene Raine adds. And it’s the kind of learning challenge that is very good for brain health and mental health, she says.

“You need to keep learning new things and why not learn something that you can do for 10, 15, 20 more years,” she says.

She suggests senior skiers, whether returning to the sport or learning for the first time, sign up for lessons. At Sun Peaks and many other resorts, there are group lessons specifically for silver skiers.

She recalls one Ontario couple who visited Sun Peaks several times. He learned to snowboard after retiring, eager to challenge himself.

“All the kids got the hang of it right away and he struggled and struggled but he wouldn’t give up,” she says.

Eventually, he persevered but Ms. Greene Raine noticed his wife would stay at the bottom of the hill.

“I said to her, maybe you should try skiing,” she recalls. “She said ‘okay’ and before she could change her mind I marched her into the rental shop, got her all set up, got her lift ticket and off we went. In one hour, she got the hang of it. She was hooked.”

Gordon Precious of Hamilton, Ont., has been head over heels for skiing for more than 80 years.

In March 2019, Mr. Precious celebrated his imminent 95th birthday with a heli-skiing trip into the record books. His Guinness world record has since been broken, but for a time Mr. Precious was officially the world’s oldest heli-skier with his rip in the Cariboo Mountains of B.C. with CMH Heli-Skiing and Summer Adventures.

“I have the good fortune of being in good health and still being able to ski in my 90s and I love skiing so much,” says Mr. Precious, who learned when he was 15.

Mr. Precious says he didn’t really set out for the record but just to enjoy something he has loved his entire life. He vowed years ago he would go heli-skiing every five years as long as he’s able.

His grandson Trevor Young was at his side and it was a beautiful bluebird day, he recalls.

“ “Trevor and I were up there on the top of the mountain and it’s the strangest feeling when you get out of the helicopter, and he raises maybe 20 feet up in the air and then just seems to drop off down the steep decline and disappears,” Mr. Precious says. “All of a sudden you realize there’s no way to go but down.”

“ “Trevor and I were up there on the top of the mountain and it’s the strangest feeling when you get out of the helicopter, and he raises maybe 20 feet up in the air and then just seems to drop off down the steep decline and disappears,” Mr. Precious says. “All of a sudden you realize there’s no way to go but down.”

Erich Unterberger, manager of guiding operations at CMH Heli-skiing says heli-skiing is not for beginners but intermediate skiers of all ages sign on to cut through pristine mountain powder.

The average age of heli-skiers is about 48, older than resort skiing because it is a luxury trip and not an inexpensive one, he says.

For Mr. Precious, it’s a luxury well worthwhile – and one he hopes to enjoy again.

“I’m still rather hoping I may get up there again for my 100th birthday and make the world record again,” he says.