High-spirited and bohemian, Galway has long been home to melodic pubs, a veritable army of buskers and festivals encompassing everything from parades, concerts and street art to horse-racing and oyster-tasting. As a 2020 European Capital of Culture, however, the city known as “Ireland’s Cultural Heart” is going global with a relentless schedule of events spanning the Gaelic seasonal festivals of Imbolc, Bealtaine, Lughnasa and Samhain.

On March 8, for instance, International Women’s Day is being celebrated with Canada’s own Margaret Atwood, who is slated to discuss her reasons for returning to The Handmaid’s Tale after 34 years.

At the tail end of Bealtaine – July 13 to 26 – the Galway International Arts Festival will include the world premieres of numerous stage productions and visual art commissions, including John Gerrard’s striking Mirror Pavilion.

Read more: The best special-occasion destinations, from New Year’s in Madeira to Halloween in Transylvania

One of the problems with lists of this kind is that they can lead to congestion on roads-less-travelled.

Tiny Bhutan mitigates this issue by requiring all foreign visitors to pay a minimum daily tariff of US$200 or $250 – depending on the season – and book travel only through Bhutanese tour operators or one of their international partners. While these fees are actually quite reasonable, given that they cover all accommodations, meals, transportation within the country and an official guide, they have effectively limited visits to the kingdom’s gorgeous mountainside monasteries, pristine Himalayan hiking trails, bustling village markets and other unique diversions.

This sustainable approach extends beyond tourism: By 2020, the world’s only carbon-negative nation is slated to become the first to feature all-organic farming.

While Morocco may fall short of its 2020 goal of becoming one of the world’s top 20 travel destinations, it’s not for lack of trying.

For another, luxurious boutique hotels, such as those in the Marrakesh Riad mini-chain, continue to open their doors in the labyrinthine medinas of the country’s ancient imperial cities of Fez, Meknes, Rabat and Marrakesh.

Last, but not least, the latter has been named Africa’s first Capital of Culture in 2020, owing to enthralling sites such as the pulsating Djemaa El Fna square, where spice vendors, soothsayers and musicians vie for selfie-ops.

The glow from the Blue Bombers’ 2019 Grey Cup victory is unlikely to fade any time soon if Manitoba 150 celebrations are anything to go by.

It all starts on Dec. 14 – 150 days before the 150th anniversary of the Manitoba Act – with the illumination of 300,000 LED lights adorning the provincial legislature. Along with myriad other special events, the biggest of which will be announced on Dec. 12, a new 250-seat patio is already in the works for the Forks Market, where the common beverage kiosk will pour dozens of wines and brews curated by world-renowned Quebec sommelier Véronique Rivest. The Winnipeg Art Gallery, meanwhile, is opening its 40,000-square-foot Inuit Art Centre in 2020, and Assiniboine Park is expected to unveil its indoor-outdoor Diversity Gardens in 2021.

Just one month after Hurricane Dorian struck the Bahamas on Sept. 1, the Ministry of Tourism reported that visitor arrivals had reached 80 per cent of prestorm levels. This is not because Dorian was less catastrophic than previously thought, or because rebuilding efforts were exceptionally speedy. Rather, it is because most of the archipelagic nation’s 30 inhabited islands, including resort-ringed New Providence, the diving and bonefishing hot spot of Andros, and laid-back Eleuthera, avoided the worst of the storm and are as ready to welcome visitors as ever. Indeed, perhaps more than ever. According to Minister of Tourism Dionisio D’Aguilar, “your tourism dollars are the best way you can help us rebuild and help those affected by Hurricane Dorian.”

While many of Grand Bahama’s hotels and attractions have reportedly reopened and some international flights and cruise calls have resumed, the coming months will clearly be devoted to rebuilding and recovery on Grand Bahama and the Abacos, which together sustained more than $9-billion in damage.

What happens when a city that resembles a super-sized World Expo hosts a World Expo? You can find out for yourself on Oct. 20, when the home of the world’s tallest freestanding structure, largest mall and loftiest tennis court – among many other superlatives – begins hosting the six-month-long Expo 2020 on a 438-hectare site encompassing the themes of opportunity, mobility and sustainability, and featuring pavilions from 192 countries (Canada included).

And in case all that doesn’t satisfy your appetite for all things fantastical, the oviform Museum of the Future is slated to fully open in 2020, as is the multibillion-dollar Europe-themed area of the artificial resort archipelago called the World.

If Maine’s “Vacationland” license-plate slogan needs refreshing, the 15 months of celebrations surrounding the 2020 bicentennial of New England’s largest state should do the trick. Beyond scores of commemorative exhibitions, concerts and festivals in cities and towns across the state, July’s Summer Coast Festival will see Tall Ships America, the world’s largest sail-training association, call in at Portland, Camden, Rockland, Bucksport, and other scenic harbours along the lighthouse-lined coast. As well as seeing a recent surge in farm-to-table dining and craft brewing establishments, Maine is slated to up its glamping game in 2020, when Under Canvas Acadia begins offering safari-style tents with flushing toilets, an on-site concierge, and daily housekeeping services in the region’s only national park.

The Netherlands’ largest province was the first to be liberated from Nazi occupation in 1945, with Canadian soldiers playing a pivotal role. Seventy-five years later, cities and towns across Gelderland will continue to honour Canadian troops with parades, festivals and other events on Liberation Day (May 5). Proceedings at the Netherlands’ largest Canadian War Cemetery, in Groesbeek, will be more sombre as the 2,338 Canadians resting there are remembered. Beyond Liberation Day, a host of commemorative tours are being offered. The fundraising Battlefield Bike Ride, for instance, will cross Gelderland’s verdant landscape as it rolls 430 kilometres from Bergen op Zoom to Deventer, stopping at various commemorative locations over the course of its six-day itinerary.

Would Rio have been named UNESCO’s 2020 World Capital of Architecture if it hadn’t hosted the 2016 Olympics? Games-fuelled transportation upgrades have made it much easier to flit between the ornate Theatro Municipal, the Modernist Museum of Modern Art, the 140-hectare Botanical Garden and the splendid Visual Arts School of Parque Lage, to name just a few of the mega city’s architectural treasures. Rio does plenty more to earn its nickname as the “Marvellous City,” of course, with beaches, rainforests, verdant peaks and an irrepressible Latin culture that culminates in the city’s world-famous Carnival celebrations (from Feb. 21 to 26 in 2020).

It’s possible that partisan politics will be put aside in the U.S. capital, at least for a nanosecond, to celebrate the 100th anniversary of the law that granted American women the right to vote. Festivities surrounding the 19th Amendment will be hard to overlook, after all, what with the National Portrait Gallery, the National Museum of American History, and the National Museum of Women in the Arts already staging or planning special exhibitions on the subject. Plus there’s the small matter of a presidential election in November. Whoever comes out on top, haven’t you always wanted to be part of an exaggerated inauguration audience? 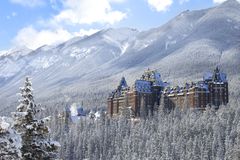 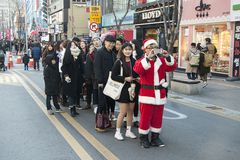 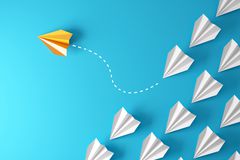 The best special-occasion destinations, from New Year’s in Madeira to Halloween in Transylvania
Subscriber content
December 3, 2019 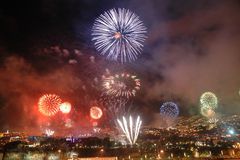 Weekend Getaway: Why Picton, Ont., will put you in the mood for the holidays
Subscriber content
December 4, 2019