‘The party will come to an end’

Vancouver and Toronto will soon be calling it a night, Toronto-Dominion Bank says.

But the end of their housing “party” won’t be bad, and won’t happen until next year, the bank said in a new report. 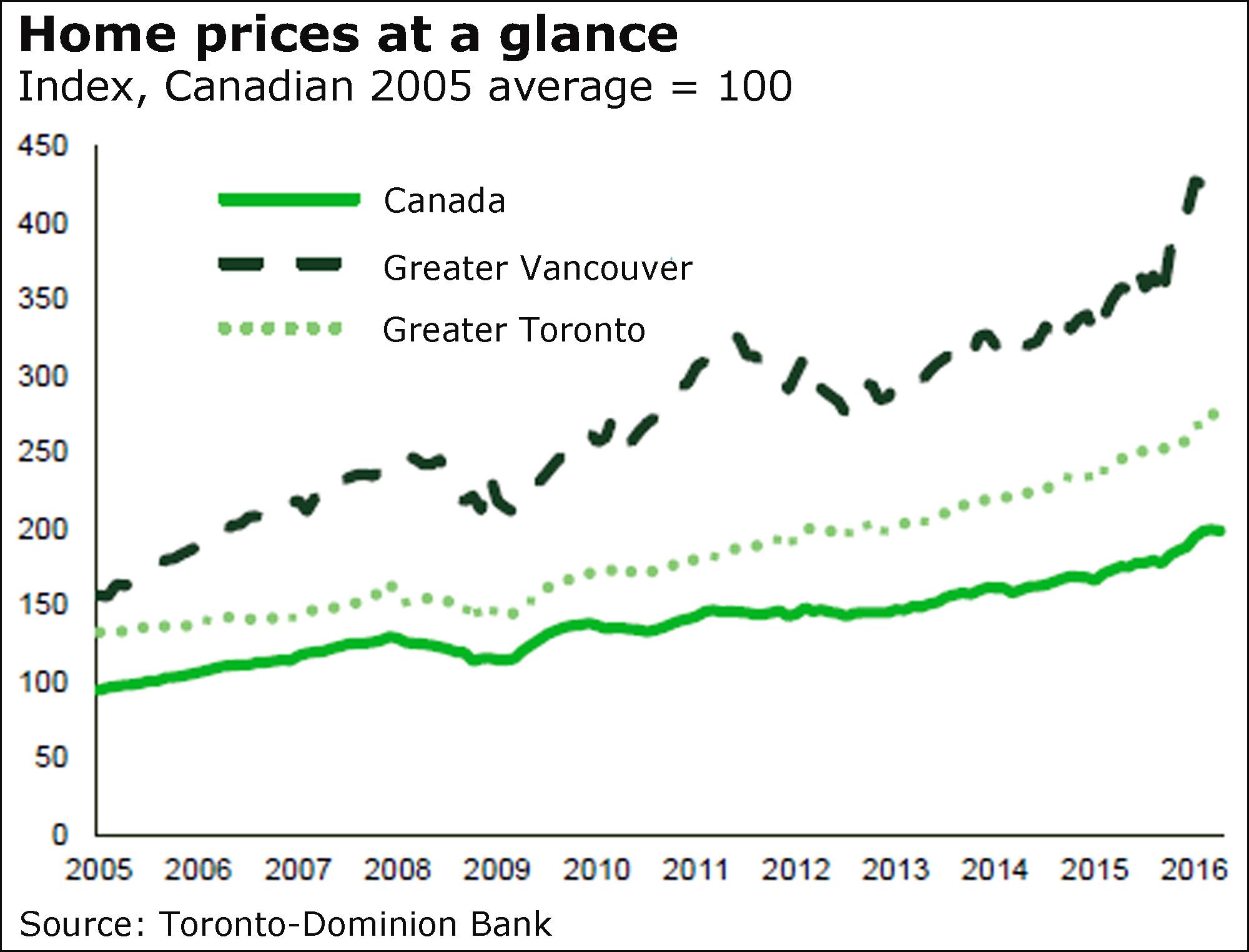 “There is little debate that Canada’s hottest housing markets are ripe for a correction; the difficulty is predicting its timing,” TD economists said in a new outlook for global economies.

“Over the second half of 2016, some moderation in resale activity and price growth should become evident as bond yields pull off their lows and stretched affordability leads to a cooling in domestic and foreign housing demand,” they said, adding it's going strong at this point but “the party will come to an end.”

“However, barring significant new government regulatory measures to curb housing market speculation later this more, more concrete signs of a housing market slowdown are unlikely to be seen until 2017.”

“And typically when price gains hit these levels, particularly in Vancouver, it is followed by a period where prices cool,” she said, also citing “early evidence of new supply,” which should help as well.

“That said, near-term momentum is strong so this is a 2017 story where B.C. prices are at risk of modest decline (2-4 per cent),” Ms. Caranci added.

“Given the high levels, this is pretty small and will maintain elevated levels. Ontario should move into a sideways market in 2017, also due to affordability erosion. This presumes no new measures on the policy side in taxes or to deter investment.”

Annual inflation in Canada dipped in May to 1.5 per cent from April’s 1.7 per cent.

But if you take gas pump prices out of the equation, consumer prices rose 1.9 per cent, still slower than the April pace of 2 per cent, as the cost of gasoline eased by more than 7 per cent.

And here’s some good news for those still fretting over the cauliflower crisis: Food prices rose just 1.8 per cent, Statistics Canada said today, the slowest annual pace since March, 2014.

But, of course, the cost of gas rose in May alone, so “if energy prices hold onto their gains - let alone make further headway - we’ll be above 2 per cent toward the end of the year,” said Nick Exarhos of CIBC World Markets.

It’s telling - and ugly - that shares of a U.S. firearms company are surging today as America mourns its dead.

Gunmaker stocks have rallied in the past in the wake of a mass shooting, as Americans scramble to get ahead of potential gun controls. But after markets closed yesterday, it was the earnings report and forecast of Smith & Wesson Holding Corp. that sent its stock up.

Its forecast for the current year had investors rubbing their hands with glee, a projection that sales will climb to between $740-million and $760-million.