Here’s what it looks like when the swollen debts of Canadians rise at a much faster pace than their incomes: 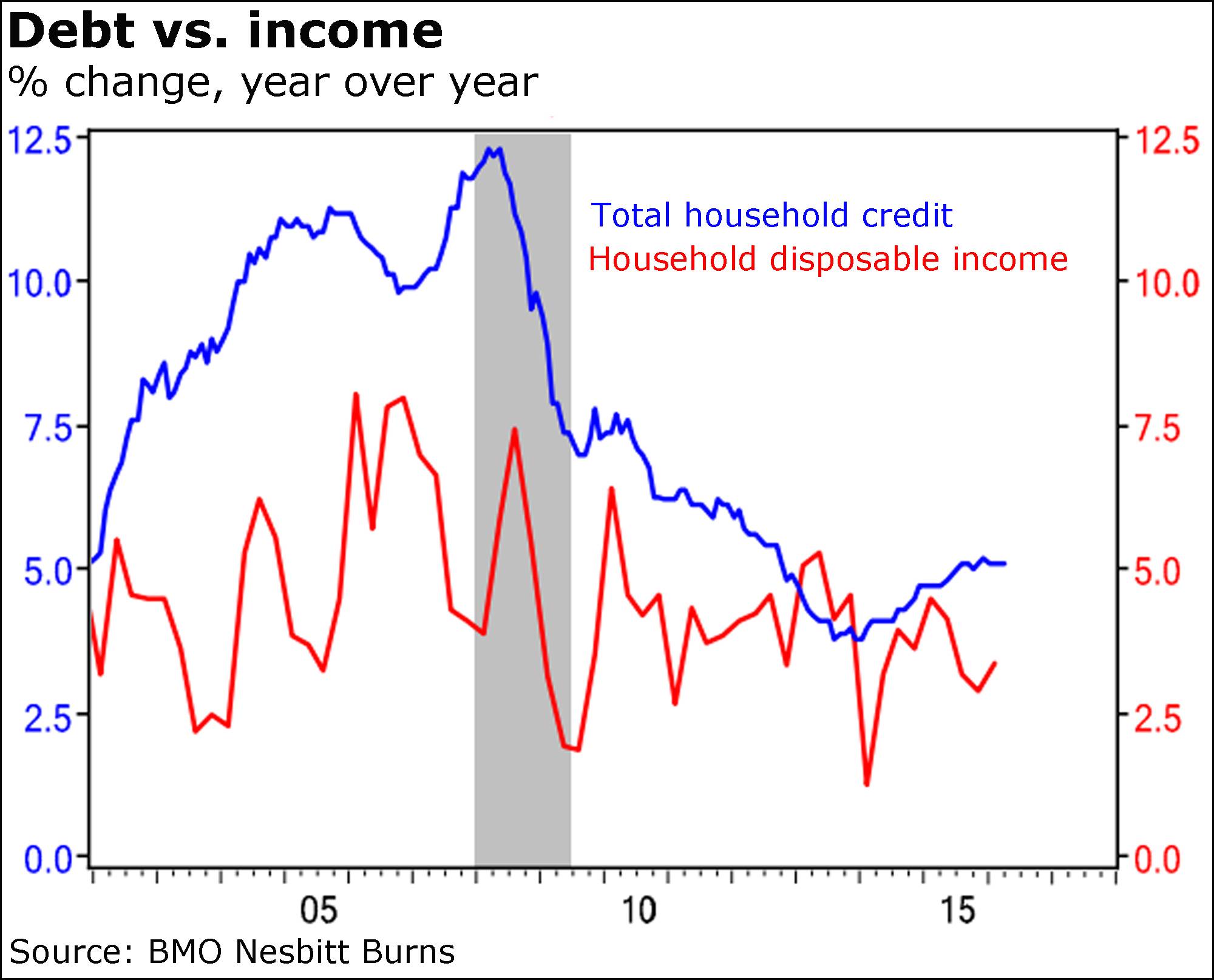 And it’s only going to get worse, warns the chief economist at BMO Nesbitt Burns.

Douglas Porter was referring to the latest official numbers on total consumer debt, which climbed in April by 5.1 per cent from a year earlier, fuelled by a mortgage surge of 6.2 per cent.

“These growth rates remain well above underlying income gains,” Mr. Porter said in a research note titled “Canadian housing debt: You ain’t seen nothing yet, b-b-building,” a reference to a once-popular song.

Indeed, compare those debt rates to the 3.4-per-cent annual pace of disposable income growth, as Mr. Porter did, and it’s no wonder that groups like the Organization for Economic Co-operation and Development are warning there could be trouble ahead.

Or why the chief executive officer of Bank of Nova Scotia is urging Ottawa to step in and cool down the country’s hot housing markets, as The Globe and Mail’s David Berman and Tamsin McMahon report.

“As a result, the much-watched debt-income ratio is set to rise again, Mr. Porter warned.

“It’s tough to see anything turning this canoe around, as home prices continue to soar in Toronto and Vancouver (and environs), while there’s little prospect of a big bounce in personal incomes.” 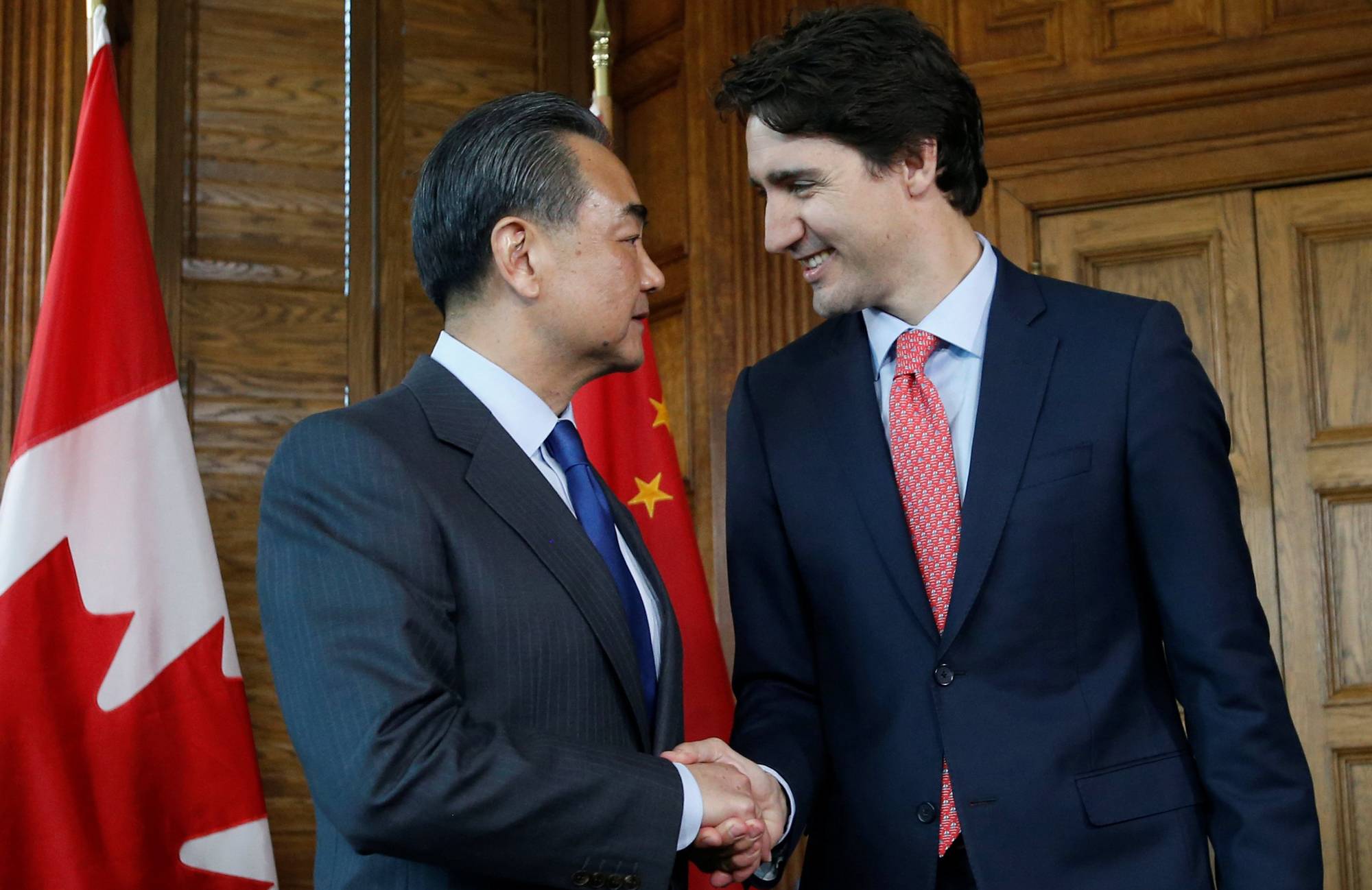 OPEC officials have come and gone with no deal for a production cap that would support oil prices.

“The conference observed that, since its last meeting in December, 2015, crude oil prices have risen by more than 80 per cent, supply and demand is converging and oil and product stock levels in the OECD have recently shown relative moderation,” the group said after its meeting in Vienna today.

“This is testament to the fact that the market is moving through the balancing process,” it added.

“The latest numbers, however still show OECD and non-OECD inventories standing well above the five-year average and these need to be drawn down to normal levels.”

Saudi Arabia’s new oil minister, Khalid al-Falih, said his country would be “very gentle in our approach and make sure we don’t shock the market in any way,” adding it won’t flood the market.

“It is a simply a case of market share for the Saudis, and thus without the agreement from Iran and non-OPEC members, it was always a long shot that the committee would emerge with anything but the status quo,” said IG market analyst Joshua Mahony.

“Amid bond sales, austerity and the Aramco share selloff, it is clear the Saudi Kingdom is in a more uncomfortable position than it is used to. However, while U.S. production continues to fall and prices rise, the Saudis have temporarily found a sweet spot.”

Profits are slumping and loan-loss provisions are rising at Canadian Western Bank, which is in the eye of the oil rout storm.

Profit from continuing operations, attributable to shareholders, fell 37 per cent from a year earlier to $32.2-million in the second quarter, while pretax provisions for credit losses surged to $39.7-million from $7.4-million.

Before taxes and provisions, earnings rose 8 per cent.

“Compared to the prior quarter, our outlook for 2016 now reflects expectations for significantly higher provisions for credit losses,” the bank said.

“Loan growth in Alberta and Saskatchewan has slowed compared to prior years due to the economic impact of low oil prices,” it added, though noted a stronger credit performance in British Columbia and Ontario.

Video: Do 'smart' drugs belong in the office?