“We are obviously very concerned about this position that China has taken,” Mr. Trudeau told reporters in Charlottetown on Monday.

“We have been engaging and standing up for the two Canadians who have been arbitrarily detained by China from the very beginning … we will continue to stand up for these Canadians.”

The Prime Minister was responding to reports that Chinese officials on Monday released new espionage allegations against Michael Kovrig and Michael Spavor, linking their cases for the first time.. Both Canadians were detained on Dec. 10, less than two weeks after Ms. Meng’s Dec. 1 arrest.

A Monday report from a website controlled and operated by the Central Political and Legal Affairs Commission of the Chinese Communist Party accused Mr. Kovrig of spying and the theft of state secrets, while Mr. Spavor was accused of being an important source of intelligence for Mr. Kovrig.

Mr. Kovrig worked as an analyst with the International Crisis Group, a group focused on conflict resolution. Mr. Spavor is a businessman who frequently brought visitors to North Korea.

“We are aware of the Xinhua report of 4 March but have heard nothing official about any charges being laid against our colleague,” Crisis Group spokesman Karim Lebhour said Monday in an e-mail.

“Michael’s work for Crisis Group has been entirely transparent and in the open as all who follow his work can attest. Vague and unsubstantiated accusations against him are unwarranted and unfair.”

Crisis Group has said that Mr. Kovrig has not been allowed to see a lawyer or anyone in his family and has only periodic consular visits and that the Crisis Group is deeply concerned about his health and well-being in detention.

The extradition request for Ms. Meng has caused a rift between China and Canada, with China accusing Canada of teaming up with the United States to harass Ms. Meng and Canadian officials insisting they are following the rule of law. To complicate matters, the Prime Minister is under scrutiny over former attorney-general Jody Wilson Raybould’s testimony that he and his staff put pressure on her to ensure that Quebec-based SNC-Lavalin Group Inc. would get a deferred prosecution agreement instead of going to trial to face fraud and corruption charges.

Chinese officials have seized on that controversy to support their arguments that Ms. Meng should be released.

On another front, Ms. Meng on Friday filed a civil claim against three unnamed Canadian Border Services Agency officials, an RCMP constable and the Attorney-General of Canada, alleging her constitutional rights were breached when she was detained and searched at Vancouver International Airport.

The claim alleges CBSA officers detained and questioned Ms. Meng for three hours without telling her why she was being detained or giving her the opportunity to call a lawyer and illegally searched her electronic devices.

The RCMP and CBSA have declined to comment on an issue that is before the courts.

The most recent accusations against the two detained Canadians signal that the Chinese government is pressing its case against them as it demands the release of Ms. Meng.

Under Chinese law, authorities can hold suspects for up to six months without formal charges, typically in rooms with 24-hour lighting where they are kept under constant watch.

U.S. authorities have sought the extradition of Ms. Meng on allegations that she committed fraud related to the violations of sanctions against Iran.

She has denied the allegations.

On March 1, Canada on issued an Authority to Proceed with her extradition process.

Ms. Meng is currently on bail in Vancouver. Her next scheduled court appearance is on March 6 in Vancouver, when a date will be set for the extradition hearing. If extradited, she would face trial in the United States.

With reports from Wendy Stueck and Robert Fife. 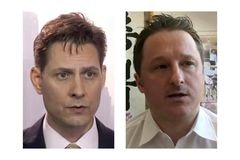 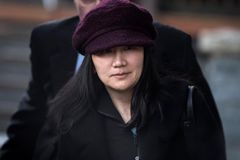 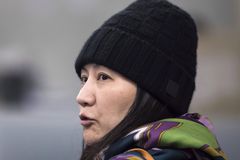