The residents of Ottawa’s downtown core are used to noisy, marching crowds. Protests are part of life when you live within blocks of Parliament Hill. But this protest soon became something unprecedented.

Two weeks on, massive trucks still clog the streets, and the protesters have stocked up and settled in. Many businesses, including the city’s largest mall, are still closed for the safety of their employees, most of them retail workers who now don’t have paycheques.

Residents interviewed by The Globe and Mail this week say they are nervous leaving their homes, and feel abandoned by the authorities, who appear unable to bring the protest – what many residents call “an occupation” – to a peaceful end. 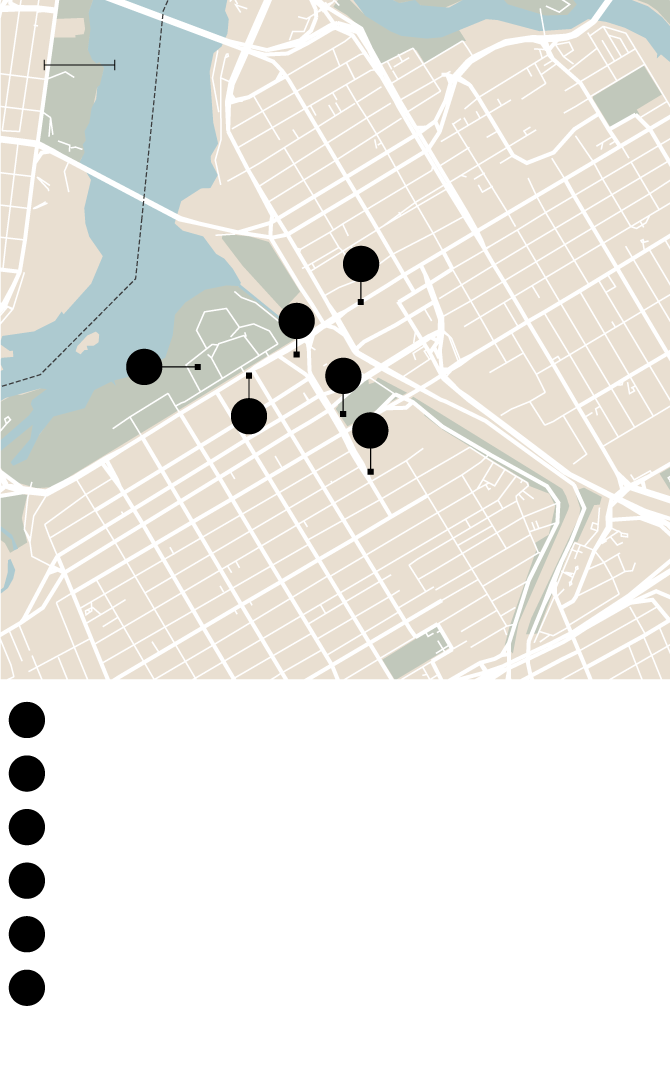 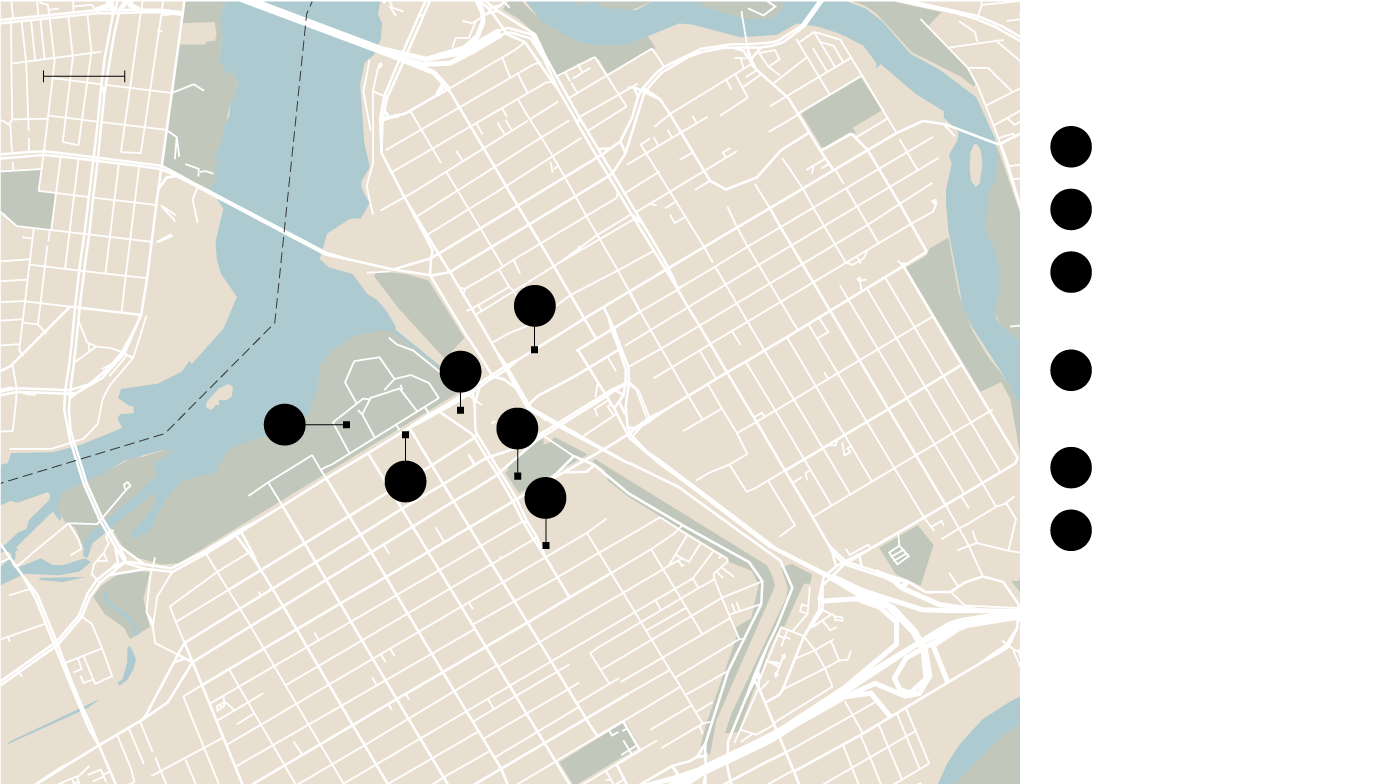 By Saturday, the protest was in full force, and trucks had blocked a number of main streets around Parliament. Hundreds of unmasked, chanting protesters poured into the city’s core, waving Canadian flags, slogans such as “Mandate Freedom,” and signs cursing Prime Minister Justin Trudeau. That weekend, there were reports of protesters urinating on the Tomb of the Unknown Soldier. Some of the flags were emblazoned with swastikas. At least one truck was flying the Confederate Flag.

Zack Babins, a 29-year-old consultant, and his girlfriend walked to the Rideau Canal for a skate, thinking, mistakenly, that they could escape the protest. “These were not just people with placards; these were machines that could do damage on a massive scale,” he says. “The really scary thing is that nobody seemed to be doing anything about it.”

The canal was crowded with people shouting “Freedom,” and draped in the Maple Leaf. Both Mr. Babins and his partner are Jewish. “We were afraid to talk to anyone,” he says. “If you are at a protest and you see a Nazi flag, and you stay at that protest, that is an endorsement.”

At 2 p.m., Jason Alexander had just taken his usual exit off the highway from the Kanata suburb to his job as an assistant manager at the Shepherds of Good Hope, a downtown Ottawa homeless shelter, and found himself caught in a stalled cluster of trucks, with people roaming between them, all heading toward Parliament.

“We’re going to tear this city down,” he heard one man say.

“It was intimidating,” he says. “I kept my windows up and didn’t engage.” When he finally got to work, the trucks were already parked outside the shelter, blocking the ambulance lane; protesters had earlier demanded food from the soup kitchen and been turned away.

The drivers began sounding their airhorns in an unceasing staccato rhythm. It became a rumbling echo in neighbourhoods kilometres away from Parliament Hill, but at a closer distance, according to court documents filed on behalf of residents, the horns can surpass 100 decibels, loud enough to damage hearing.

“It was a form of torture,” Mr. Alexander says. He spent his evening talking to police to get the trucks eventually moved, helping people using the shelter services, and looking after his staff.

“It felt like we were under siege. We would hide behind three layers of door sometimes just to try to shut out the sound.”

Koan Walker, 17, was working in the children’s clothing section of Zara in the Rideau Centre, when the staff were ordered to quickly pull the gates across the door. Hundreds of unmasked protesters had streamed into the mall, overwhelming security. After two hours of waiting it out, her manager set up a buddy system, and Ms. Walker was eventually able to leave, walking nervously through the protest with a co-worker. “It felt like a fight could break out any minute,” she says. The mall, with 175 stores, closed indefinitely that day for security reasons.

The honking continued well into the evening, vibrating through Centretown, gaining strength as more trucks arrived. In her apartment, Zexi Li, a 21-year-old data analyst with the government, relaxed in her living room, watching TV. She eventually retreated to her windowless den and put on noise-cancelling headphones, to try to escape the din. But the honking, she says, “just penetrated through everything,” demanding to be heard.

On Sunday, Abhiram Santhosh, a 23-year-old engineer, spent most of the day locked down in his downtown apartment with his girlfriend. The air was thick with the smell of diesel fuel, the incessant honking made it hard to concentrate. But he felt nervous about going outside, worried that it wouldn’t only be his mask that drew attention. Mr. Santhosh is Indo-Canadian – for the first time, he felt afraid in Ottawa. “Things could escalate,” he thought. “It only takes one person who is really angry.”

As a new week started, downtown residents thought the protest would dissipate, as they usually do. Restaurants and pubs were set to reopen to indoor dining, as lockdown measures lifted. Instead, the trucks remained, with gangs of protesters still wandering through the streets, and many businesses closed their doors.

On Monday evening, returning home from the gym – which had reopened despite the tension downtown – Kim Lidbetter finally called 911.

The trucks, horns blaring, were still blocking Kent Street, a major vein from Parliament to the highway; an ambulance or fire truck would not have been able to pass.

A group of protesters had started a bonfire outside her front window, across from a church. Some of them were treating the ground beside her building like a “human toilet.”

“This would not be tolerated by any other group of people ever,” she says. Surely the police would intervene. But the 911 operator, she says, assured her that the police were downtown already. The protesters, he told her, “are probably just cold.”

Meanwhile, city buses began navigating long detours, extending commutes by hours. The staff at the Élisabeth Bruyère Hospital, a downtown hospital specializing in geriatric and palliative care, complained they were harassed coming into work for wearing masks; patients missed appointments, a hospital spokesperson said, because they were too afraid to come downtown.

Marika Morris and two neighbours decided they’d had enough of the trucks making slow rounds past their homes on Cooper Street. Ms. Morris, 56, has lived in Centretown for 30 years. That’s meant a lot of noise: fireworks on Canada Day, dynamite blasts for each new condo building, a steady stream of demonstrations. “But I have never experienced anything like this,” she says. For days, the honking had made it impossible to work at her consulting business, or for her teenager, finishing up the semester, to study.

Worst of all, she says, “was the feeling of powerlessness. They were just taking over our neighbourhood.”

She met her neighbours, while getting groceries, a rare trip outside since the protest began. They decided to step out in front of an oncoming tractor trailer, stare silently at the driver high in his perch, and give a thumbs down. “I assumed my grey hair would protect me,” Ms. Morris says. Their small act of defiance lasted only a few minutes. The trucks kept circling. But a picture of the standoff, caught by a neighbour from a high window, went viral online. Her Facebook page filled with support. Ms. Morris says, “I no longer felt alone.”

By mid-week, Ms. Li was sleeping with ear plugs and music on – anything to muffle the late-night cacophony on the street. In the morning, she walked to the gym, a route that took her through a cluster of trucks and protesters. When she passed by wearing a mask, the drivers honked and revved their engines. People with megaphones shouted in her direction. “Sheep!” She felt acutely aware of being outnumbered. At one intersection, a protester was directing traffic, telling her when to cross, acting with the authority of a police officer, even though the lights were still working.

Ms. Lidbetter, an insurance broker, purposely stopped using headphones when she was on Zoom with clients and friends so they could hear what it actually sounded like in her neighbourhood. “It was totally deafening,” she says. “I wanted them to see a real person living in the middle of this.”

Kim Lidbetter shot footage of trucks on her street in Centretown during the protests.

Ms. Li helped organize a meeting with the residents in her building and an Ottawa police representative, asking for more protection. One of the youngest at the meeting, she wanted to do something, to stand up. That evening, she agreed to sign a a statement of claim, seeking an injunction to stop the honking. Three neighbours had already said no, fearful of the consequences.

The protest revved up again for a second weekend; this time, they parked directly below Mathaios Spanos’s balcony. When they did go outside, Mr. Spanos, a photographer, and his friends planned routes home to keep away from clusters of activity, and started asking each other to text their safe arrival. There were reports of people being pushed by protesters, even fights. On the way home from skating on the canal Saturday, Mr. Spanos was called “faggot” by a group of protesters for wearing a mask.

By Sunday, Mayor Jim Watson declared a state of emergency.

Ms. Li watched on Zoom as Justice Hugh McLean granted an injunction against the horn-honking, silencing the trucks for 10 days. “YESSSS!” Ms. Li typed into the chat with her neighbours. The effect in the neighbourhood was almost immediate; like many residents, Marika Morris reported waking the next day from her first good sleep in days.

The noise may have lessened, but the people and the trucks remained. Kim Lidbetter had decided to stay with friends for a few days to get a break. She returned home Wednesday morning to find a bonfire ablaze outside her house. The protesters had pitched a tent, stacked a large pile of chopped wood on the street, stockpiled food, cartons of water and toilet paper. They were strolling around with cups of coffee, or standing around the fire, drinking beer, like “a bush party,” she said. “They have settled in.”

Saturday will be Day 16 for the residents of Centretown. Walking in his own neighbourhood, Mr. Babins still feels anxious – “head on a swivel,” he says, “watching your back” – when he passes someone who isn’t wearing a mask, or appears to be part of the protest. “I’m not normally like this,” he says. “My instinct is to trust that my neighbours are good people. I’m furious that’s been taken away.”

Mr. Santhosh planned to visit with friends this weekend, hoping the threat of tickets and criminal charges will dampen the energy of the protest. “But this has me thinking of the future,” he says. “Where is this anger going to go?”

Convoy protests: More from The Globe and Mail

To quiet the truck horns in her downtown Ottawa neighbourhood, Zexi Li became the public face of a lawsuit that won an important court injunction. She shared her story with The Decibel. Subscribe for more episodes.

Where are the convoy protests across Canada? Latest updates from Windsor to Alberta

A neighbourhood guide to the Ottawa state of emergency

Why the Ottawa convoy has turned to cryptocurrency for fundraising

Daniel Panneton: Convoys shows how Canadians are being sucked into larger conspiratorial narratives

Andrew Coyne: A way out of the truck protest impasse: Time is our ally, boredom is our friend

Campbell Clark: Time for political leaders to assert there are rules to the road