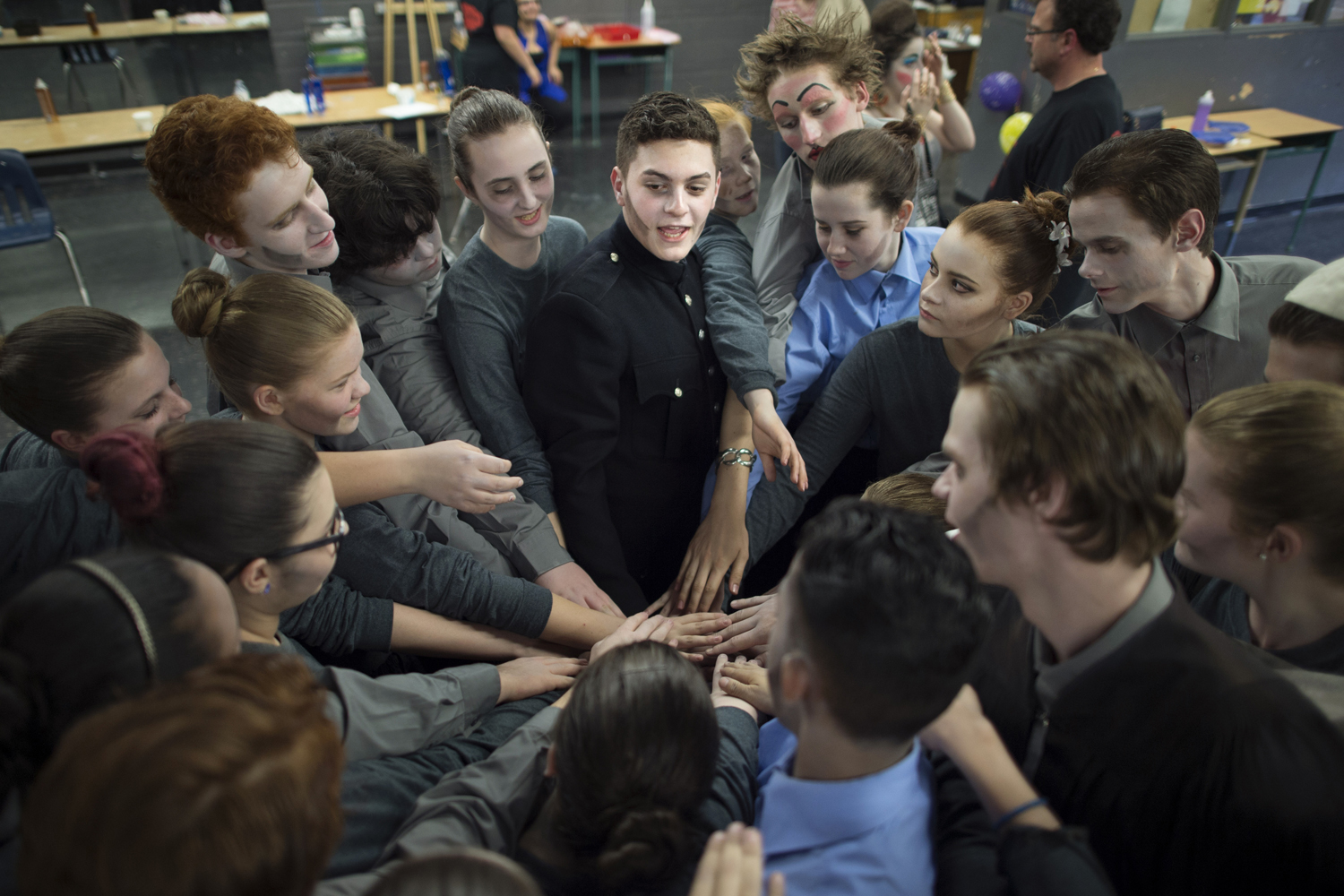 Gabriel Valencia, centre, leads his castmates in a pep talk before the curtain rises on opening night for Les Misérables on May 27, 2015. (All photos: Darren Calabrese for The Globe and Mail)


To pursue a career in the arts, sacrifices must be made. But economics play an all-too-heavy role, even in high school

Jean Valjean has just been released from prison after serving 19 years for stealing a loaf of bread. But Inspector Javert doesn’t have any sympathy for him.

“The law is the law,” he adds – but a note of uncertainty has crept into his voice.

Gabriel Valencia, the Grade 10 student playing Javert, takes the note and banishes any second thoughts. “The law is the law!” he says again, this time sternly, with steel.

It’s early March and the cast of Les Misérables has stayed after school for a run-through of the first act. As opening night gets closer, there are more and more out-of-class commitments – until, in May, rehearsals run until 9:30 p.m. almost every night.

Hilliary Lyn, who is playing Valjean’s adopted daughter, Cosette, is here even though she is not in the first act. “Mr. Danakas prefers it,” says the Grade 12 student – who, as drama club president, is also setting a good example for the Grade 9s newly added to the cast.

“Paying your dues” is a phrase I hear often at Lakeshore. If you demonstrate a commitment to drama, show up at all after-school rehearsals on time and focused, and stay to the end, Mr. Danakas will notice – and you are more likely to move up, grade by grade, from bit parts to lead roles. That’s why there’s controversy about Gabe being cast as Javert. 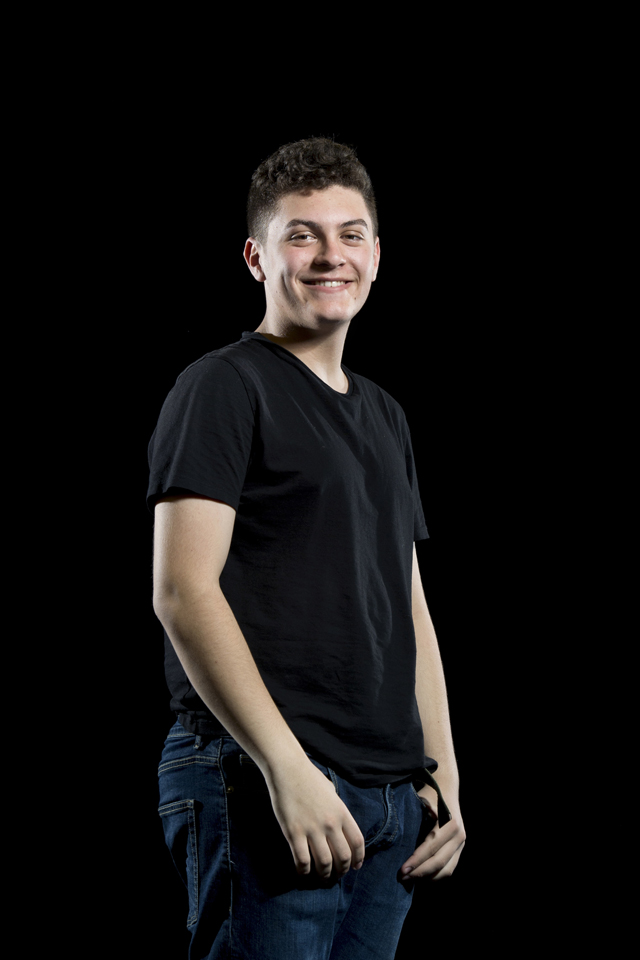 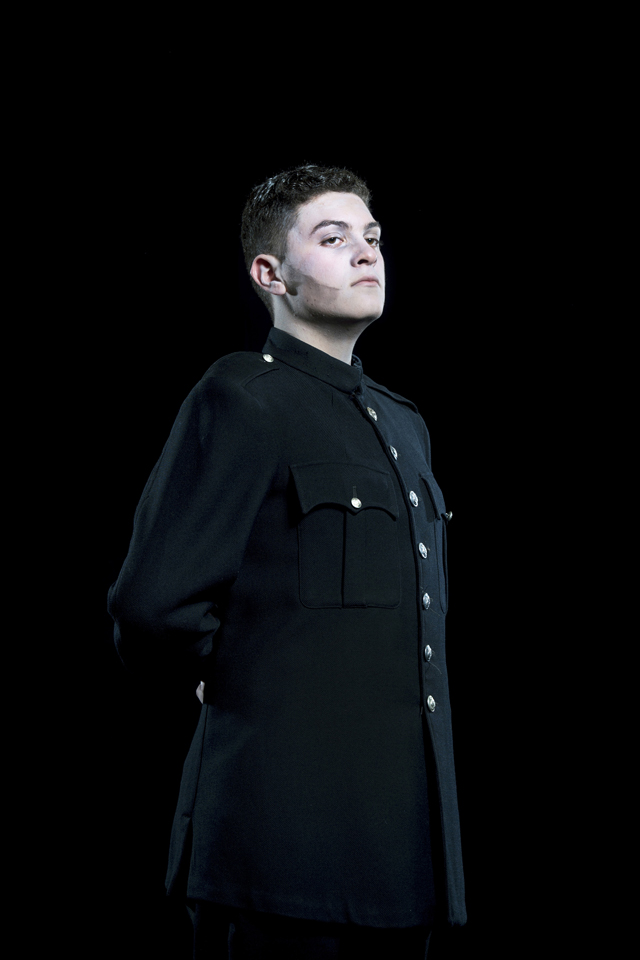 Hilliary is cautiously optimistic that the Grade 10 student will be good – but she believes the casting was unfair to certain students in older grades. “Mr. Danakas, and I’ve told him this, didn’t think a lot about what actors he cast.”

It’s easier for some students at Lakeshore Drama to pay dues than others. Lakeshore, a high school located in south Etobicoke, is not only representative of Toronto’s cultural diversity – but also the city’s economic diversity.

Allan Easton, the school’s new principal, explained the catchment area to me one day over a surprisingly delicious lunch prepared by the culinary-arts students. In the 1980s, Lakeshore was formed by the amalgamation of three schools – an academic-oriented school in a higher-income area, a technical school in a more blue-collar neighbourhood and a third in the centre that was what Mr. Easton calls a “classic public school catering to whoever.”

The demographics of the school still reflect that mix: There are students who live near the water and come from families with incomes that may be significantly six figures, and there are students who live to the east in Toronto public housing. That class disparity is often apparent in the Les Misérables cast – one student contributes to discussions of the play by talking about what she learned on a trip to France, while another shares his experiences growing up in foster care like Cosette.

Many have part-time jobs they struggle to balance with rehearsals – but that hold different importance from person to person. Certain students are saving up to go to expensive universities abroad; others are earning money to help out at home.

CONSIDERING A CAREER IN THE ARTS

During a rehearsal break, Gabe tells me that he was surprised to be cast as Javert, too. “At first, I wasn’t sure what Mr. Danakas was thinking,” he says. “First, I’m in Grade 10; and then, the characters I’ve played before with Mr. D weren’t really authority figures – they were bad guys.”

Gabe tells me about how his mother wanted to be an actor when she was little, but was discouraged by his grandmother and became a teacher. She’s encouraging of his dreams, however: He hopes to work in theatre, television and film.

The Grade 10 student is already demonstrating the dedication it will take to make it, often using his assertive voice to get other, less-focused cast members to quiet down. “Last year, when I was in Grade 9, a lot of people had been dropping out of the play, so Mr. D asked me to pick up lines and stuff like that,” he says. “I guess he saw something in me.” 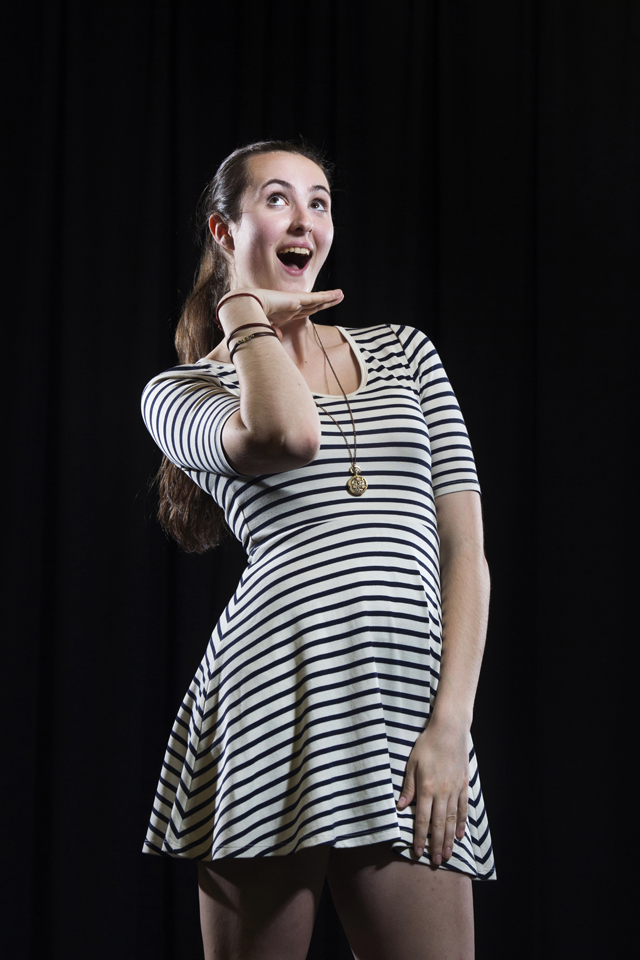 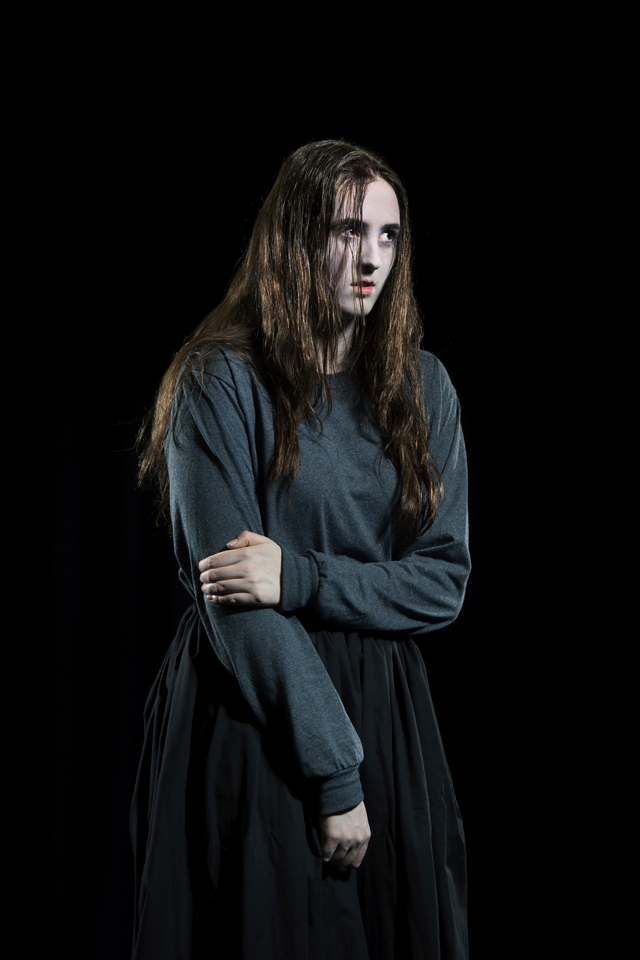 Background-wise, I most identify with Cali Phillips, a Grade 11 student who is playing Fantine and wonders if she should consider a career in acting or child care. Her father, like mine, is a musician – and she sees how difficult it is to be a self-employed artist. “Despite how much fun it would be, is it really practical?” she asks, rhetorically.

Whenever I thought of going into the arts at Cali’s age, I thought of pouring powdered milk on my No Name Toasted Oat Os at my father’s house. When it came down to it, after university, I went into journalism – and what looked like a steadier paycheque (at the time).

Part of what I’ve found discouraging the longer I write about theatre is that many young talents give up in their 20s and 30s while they are still – the term is used by professionals, too – paying their dues. It’s a tough time for most stage artists, but those from privileged backgrounds can focus entirely on paying dues with unpaid shows, apprenticeships and internships – while others have to pay off debt and pay the rent at the same time.

At Lakeshore, however, I see that it’s more than a professional problem – class plays a role in who participates in theatre even in high school.

Shy-Anne Lawton was saved by Mr. Danakas, she tells me at one rehearsal.

When she was in Grade 9, she hung out with a group of kids who skipped class and smoked cigarettes.

“It wasn’t like I was bad – I just hung out with a bad crowd,” she recalls. 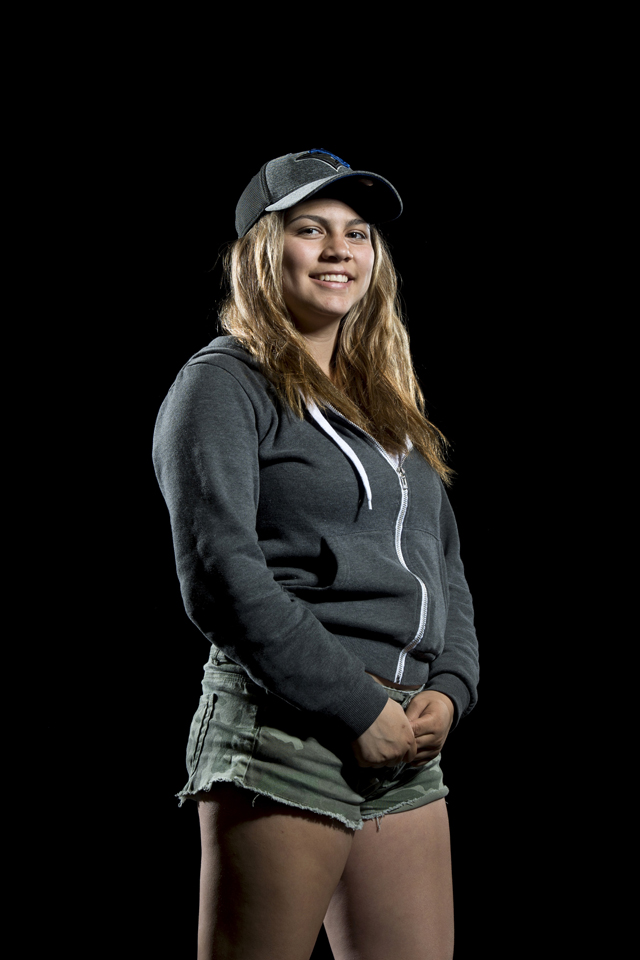 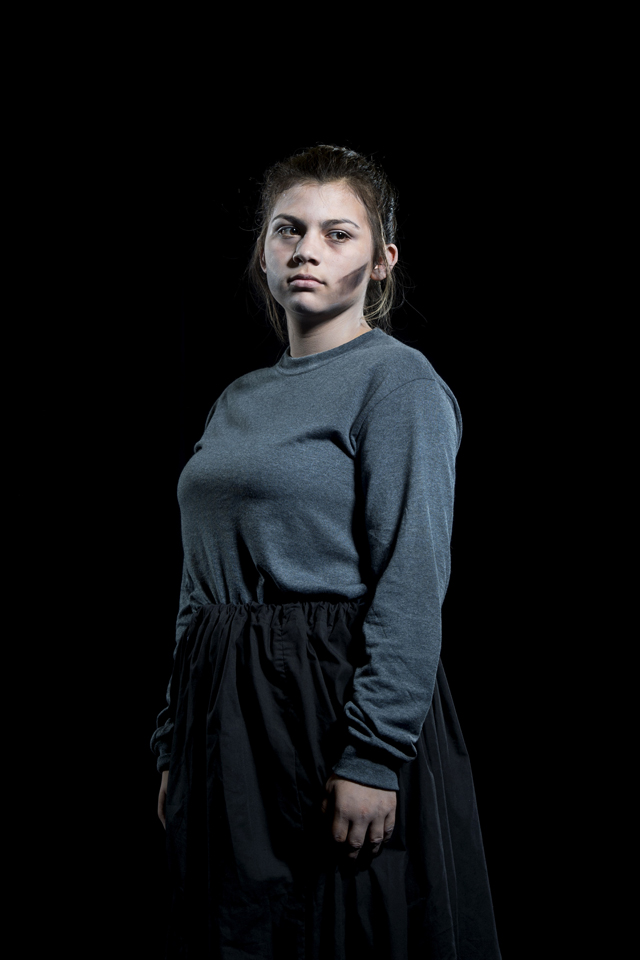 Drama was the only class Shy-Anne was passing – and Mr. D told her she had to smarten up or he wouldn’t let her join the main stage production that year. She dropped the friends and got her grades up – and got in. Now the Grade 11 student is hoping to go to Ryerson University for law.

Shy-Anne is playing the flower-seller Marguerite in Les Misérables – but, due to problems at home, she hasn’t been able to attend rehearsals as consistently or as late this year.

She and her little sister and brother had to move in with their godfather – and his house is a long bus ride away from Lakeshore.

“Some days, I had to go pick up my sister from school,” she says. “It’s been crazy.”

At one point, Shy-Anne had hoped to have a lead in Grade 12 – but she’s decided not to try out for drama again next year in part because of the extracurricular time commitment. “That’s what I feel Mr. Danakas doesn’t get – he doesn’t get that people have other things going on,” she says.

After a long first-act rehearsal, I grab Mr. D for a quick chat in his office before he starts the drive home to Brampton and his family. The drama teacher is happy with how Gabe’s Javert is evolving.

“Sometimes you don’t think of grades, you think of who can convey the character the best,” he says.

As for behind-the-scenes politics over his casting, Mr. Danakas knows it’s there, but is trying to ignore it. “I always stress that everybody is equal,” he says. 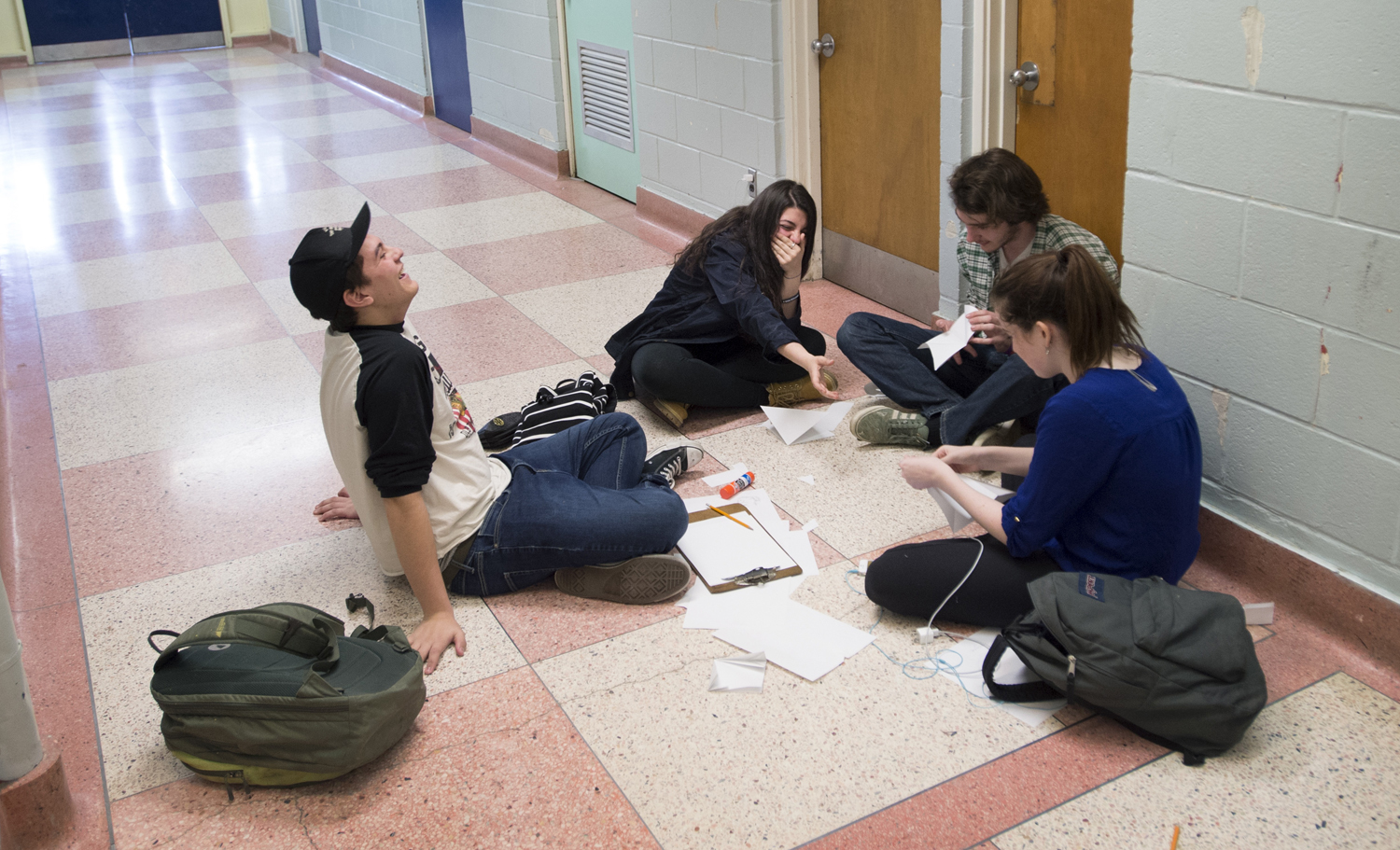 Gabriel Valencia, left, and Ember Cope, right, kill time with friends while waiting to rehearse their scene at school.
Follow J. Kelly Nestruck on Twitter @nestruck
Report an error Editorial code of conduct
Due to technical reasons, we have temporarily removed commenting from our articles. We hope to have this fixed soon. Thank you for your patience. If you are looking to give feedback on our new site, please send it along to feedback@globeandmail.com. If you want to write a letter to the editor, please forward to letters@globeandmail.com.
Comments