The checkpoints and the crackdown Activity at the two camps – Unist’ot’en, which has been around since 2010, and Gidimt’en, which was built late last year and is named after one of the five clans – had been escalating after a B.C. Supreme Court ruling in December giving the builders of the Coastal GasLink LNG pipeline an injunction so they could use the road unimpeded. The Unist’ot’en camp warned that any attempts to remove them by force would be “an act of war.”

On Jan. 7, the RCMP set up a roadblock near the Gidimt’en checkpoint, turning away media and members of the public before arresting 14 people. Demonstrators at Unist’ot’en went on alert, but after talks with the RCMP on Jan. 9, they agreed to comply with the court injunction by the following afternoon. In exchange, they demanded the RCMP leave Unist’ot’en’s healing lodge alone and allow the Wet’suwet’en access to the backcountry for trapping.

After more talks, the Tsayu clan’s hereditary chief, Na’moks (also known as John Ridsdale), announced on Jan. 10 that vehicles blocking the bridge would be removed, the court injunction would be respected and that Unist’ot’en would grant “soft access” to Coastal GasLink workers, regulated by a metal gate. He also said the chiefs were still “adamantly opposed” to Coastal GasLink’s project. “That will never change.” 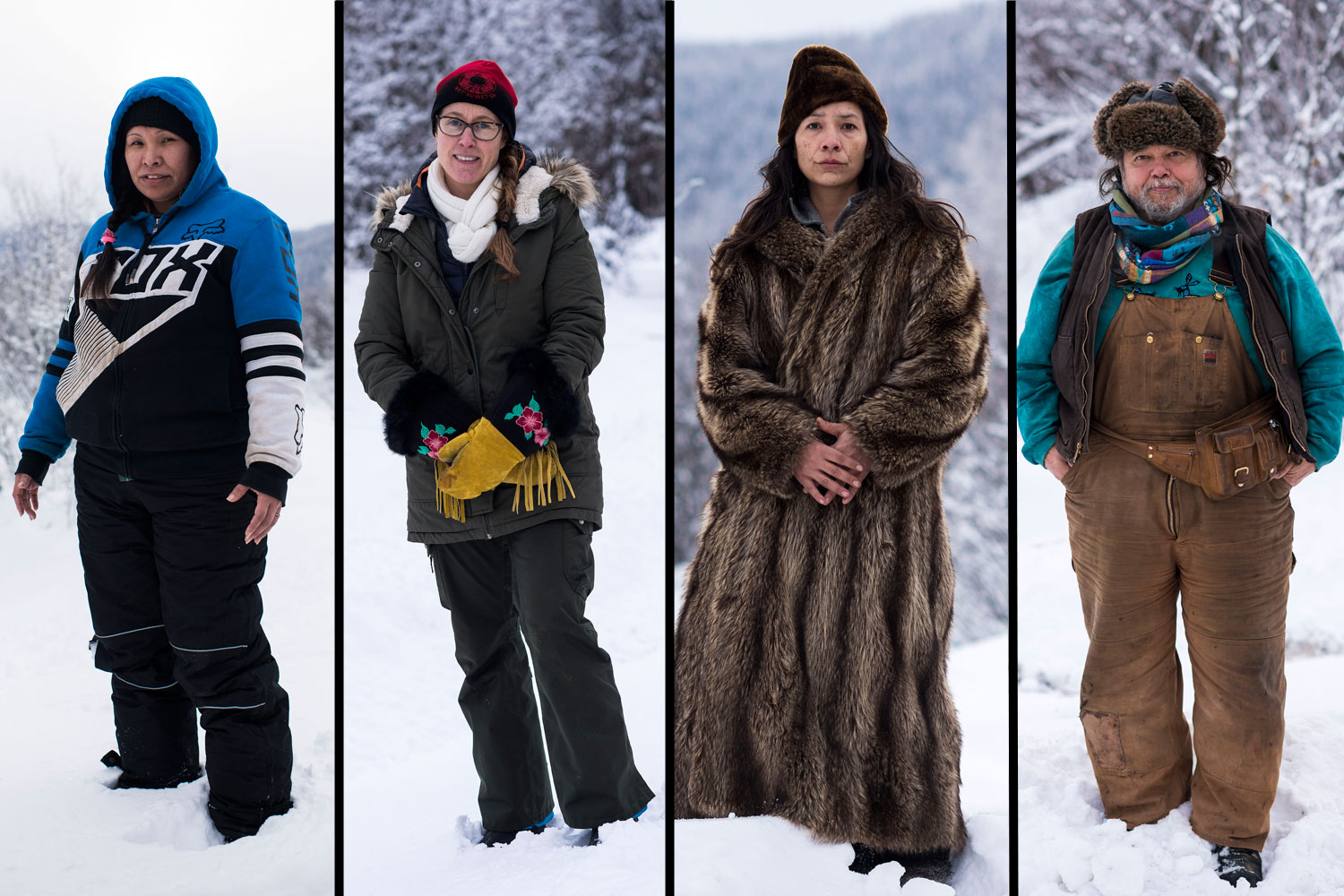 At Unist’ot’en, photographer Jimmy Jeong asked demonstrators why they came out to oppose the pipeline.

The $6.2-billion pipeline being built by CoastalGasLink (a subsidiary of TransCanada Corp., which was recently renamed TC Energy), would ship natural gas from northeastern B.C. to a coastal terminal in Kitimat. It is part of a $40-billion LNG project announced by the B.C. and federal governments last fall. Its route goes about a kilometre south of the Unist’ot’en camp.

Coastal GasLink got its environmental certification for the pipeline in 2014, and TransCanada has signed project agreements with 20 First Nations groups along the route. But in order to do pre-construction work, TransCanada says its only access route is the bridge over the Morice River, which is the area where Unist’ot’en lies.

Coastal GasLink’s president, Rick Gateman, were upbeat about the compromise reached with Unist’ot’en on Jan. 10. “As a result of these discussions, we have worked out many of the details that are required for us to have free access across the bridge and beyond,” Mr. Gateman said.

Disagreement over the pipeline hinges on a key Supreme Court of Canada ruling from 1997, the Delgamuukw decision, which involved land claims by hereditary chiefs from the Wet’suwet’en and Gitxsan nations. While the case upheld Indigenous peoples' claims to lands that were never ceded by treaty – a category that includes most land in B.C., which has only a handful of treaties – it didn’t resolve the specific question of title for the Gitxsan or Wet’suwet’en, neither of which launched new legal action after the expensive court cases of the 1990s. So the question of who has title to the land where the checkpoints lie is still open.

The RCMP issued a statement ahead of the Jan. 7 arrests arguing that “aboriginal title to this land and which Indigenous nation holds it, has not been determined,” and a trial is needed to settle the question. They later distanced themselves from that, saying it was “inappropriate” for a police force to weigh in on a legal matter between First Nations and Canadian governments.

The dispute has resurfaced old and complicated questions about who has authority within First Nations: Hereditary rulers, elected councils authorized by Canadian federal legislation, or a combination of both. There is no one-size-fits-all answer to those questions: Of the 203 First Nations in B.C., some are ruled primarily by hereditary chiefs who have authority over traditional territory, while in others, elected leaders are the main decision makers on reserve and play a major role in resource agreements.

Federal: With an election coming up in October, Prime Minister Justin Trudeau’s government is under renewed scrutiny over its Indigenous policy and promises of reconciliation, including its commitment to implement the UN Declaration on the Rights of Indigenous Peoples in legislation. UNDRIP states that “full, prior and informed consent” is needed from Indigenous people for resource development, but Ottawa has not been able to define what that looks like in law. At the same time, Mr. Trudeau has been a big supporter of the $40-billion LNG Canada project, which he co-announced in October, and which he says will be a major economic windfall for B.C. That attracted some raucous criticism at a Kamloops town hall he attended on Jan. 9, days after the arrests, where Indigenous people yelled at him and one called him a “liar and a weak leader.”

Provincial: B.C. Premier John Horgan, whose NDP minority government is supported by the Greens, also faces a political test over his energy policy. The NDP has also agreed to implement UNDRIP, but faces the same challenges as Ottawa in defining consent.

Indigenous: Elected chiefs who consented to the pipeline told The Globe and Mail that the energy project is still a source of friction in the community. Chief Ray Morris of the Nee Tahi Buhn Band said elected and hereditary chiefs have been in negotiations over gas pipelines for decades. “Unlike other First Nations, such as Haisla, we haven’t come to an agreement over the Coastal GasLink pipeline," he said. "Why this hasn’t happened in Wet’suwet’en is unknown.”

Background: B.C. and the politics of energy

LNG Canada: A giant energy project finds a way forward after a string of industry failures

Hopes for a major LNG industry in B.C. dimmed by climate plan

McCreary and Budhwa: How, ultimately, should resource development be governed?

From the comments: ‘This country is in a lot of trouble.’ Readers react to B.C. natural gas pipeline protests