It’s a safe bet that Justin Trudeau feels no shame over revelations that family members raked in hundreds of thousands of dollars in speaking fees from WE Charity, which his government then selected to administer a $912-million student volunteer program. Quite the opposite: I’d wager he’s filled with indignation.

This entrenched, decades-old Liberal sense of entitlement may one day be Mr. Trudeau’s undoing, though probably not today.

This Prime Minister is about to be subjected to his third investigation by the Ethics Commissioner, which falls beyond all precedent. Yet there is no evidence he feels any remorse. The Aga Khan’s offer in 2016 to the Trudeaus and their friends to stay at his private island in the Caribbean “could reasonably be seen to have been given to influence Mr. Trudeau,” the Commissioner concluded. But for the Prime Minister, the trip was nothing more than a much-deserved winter getaway.

The Prime Minister’s efforts to secure a deferred prosecution agreement for SNC-Lavalin was simply a good-faith attempt to protect jobs and the future of an iconic Quebec firm, he insisted, though the Ethics Commissioner concluded last August that Mr. Trudeau sought “to circumvent, undermine and ultimately attempt to discredit” public prosecutors and his own attorney-general.

And now, less than a year later, the Commissioner is once again investigating this Prime Minister’s dubious doings. This time the question is whether it was ethical for the government to award a contract for almost a billion dollars to WE Charity even though the Trudeau family had close personal connections to the organization.

The Trudeau family in particular, and the Liberal elites in general, have inhabited a certain world for a very long time. Within that world – the neighbourhoods they live in, the schools they send their children to, the docks they have drinks on – certain assumptions apply, the most important being that Canada is better off because they are in charge.

Conservatives are selfish and vulgar; New Democrats don’t understand the way of the world. If it weren’t for People Like Us, the whole thing would fall apart.

From the Customs Department scandal in the 1920s to bribes and influence peddling in the 1960s to patronage appointments in the 1980s to the sponsorship scandal of the early 2000s to Mr. Trudeau’s many indiscretions, Liberal elites always respond in the same way when caught out: We are acting in the best interests of the country, and to disagree with us is unjust (and impertinent). Any entitlement to which we feel entitled along the way is small compensation for our sacrifice.

This attitude helps answer the question: Why did no one warn the Prime Minister that his actions could get his government into trouble? The answer is simply that when everyone in an organization holds the same assumptions – including the purity of their motives and the righteousness of their cause – they can miss the most obvious warning signs.

For the most part (one exception being certain senators), Conservatives don’t land in this kind of trouble because they’re outsiders. You need to know the right sort of people to get up to the wrong sort of thing.

Stephen Harper ruined a lot of journalists’ summer by cancelling the long-form census in 2010. Justin Trudeau has us working overtime because of his mother’s speaking fees. So typical of both parties.

The WE scandal has landed Mr. Trudeau in more trouble than anyone thought possible mere days ago. Bloc Québécois Leader Yves-François Blanchet wants the Prime Minister to “step aside” in favour of Deputy Prime Minister Chrystia Freeland, at least temporarily. Prime ministers do not temporarily step aside.

On Friday, the Conservatives called for a criminal investigation, which is mostly theatrics but suggests how much trouble this minority government suddenly finds itself in.

The good news for the Liberals is that this is all happening during the summer doldrums – and at a time when voters have much, much bigger concerns. The Liberals will probably ride this out. The Prime Minister will acknowledge and accept the Ethics Commissioner’s findings, without showing any real remorse, and that will be that.

Until the next time. 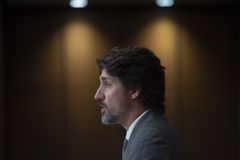 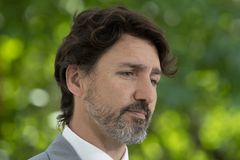 Internal shakeup saw most of the WE Charity board replaced earlier this year
Subscriber content
July 3, 2020 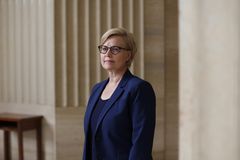 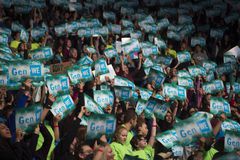 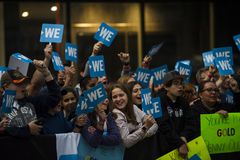