Who are the Taliban?

The Taliban (“students” in the Pashto language) are a Sunni political and military movement that, from 1996 to 2001, controlled most of Afghanistan, imposing a harsh interpretation of Islamic law. A U.S.-led invasion drove them from power soon after the 9/11 terrorist attacks in 2001 (whose mastermind, al-Qaeda leader Osama bin Laden, was a Taliban ally harboured in Afghanistan). For the next two decades, Allied troops would try without success to eliminate the Taliban insurgency, which regrouped in southern Afghanistan and neighbouring Pakistan.

Who are the Taliban’s top leaders?

Decision-making within the Taliban is consensus-based and often an opaque process to outsiders. There is an interim government announced on Sept. 7, but their roles are rapidly evolving as the Taliban shifts from an insurgency to a government.

How did the Taliban take over Afghanistan so quickly?

The Taliban’s war against the government in Kabul gained momentum this spring, when U.S. President Joe Biden set a new date for the planned withdrawal of American troops. The Taliban launched major offensives in the north and south starting in May, and by early August, provincial capitals began to fall, including Kandahar, the Taliban’s former symbolic stronghold. On Aug. 15, the Taliban made its way into Kabul as Afghan President Ashraf Ghani fled the country; the following week, the Taliban declared the war over and that a new “Islamic Emirate of Afghanistan” would begin under their rule. 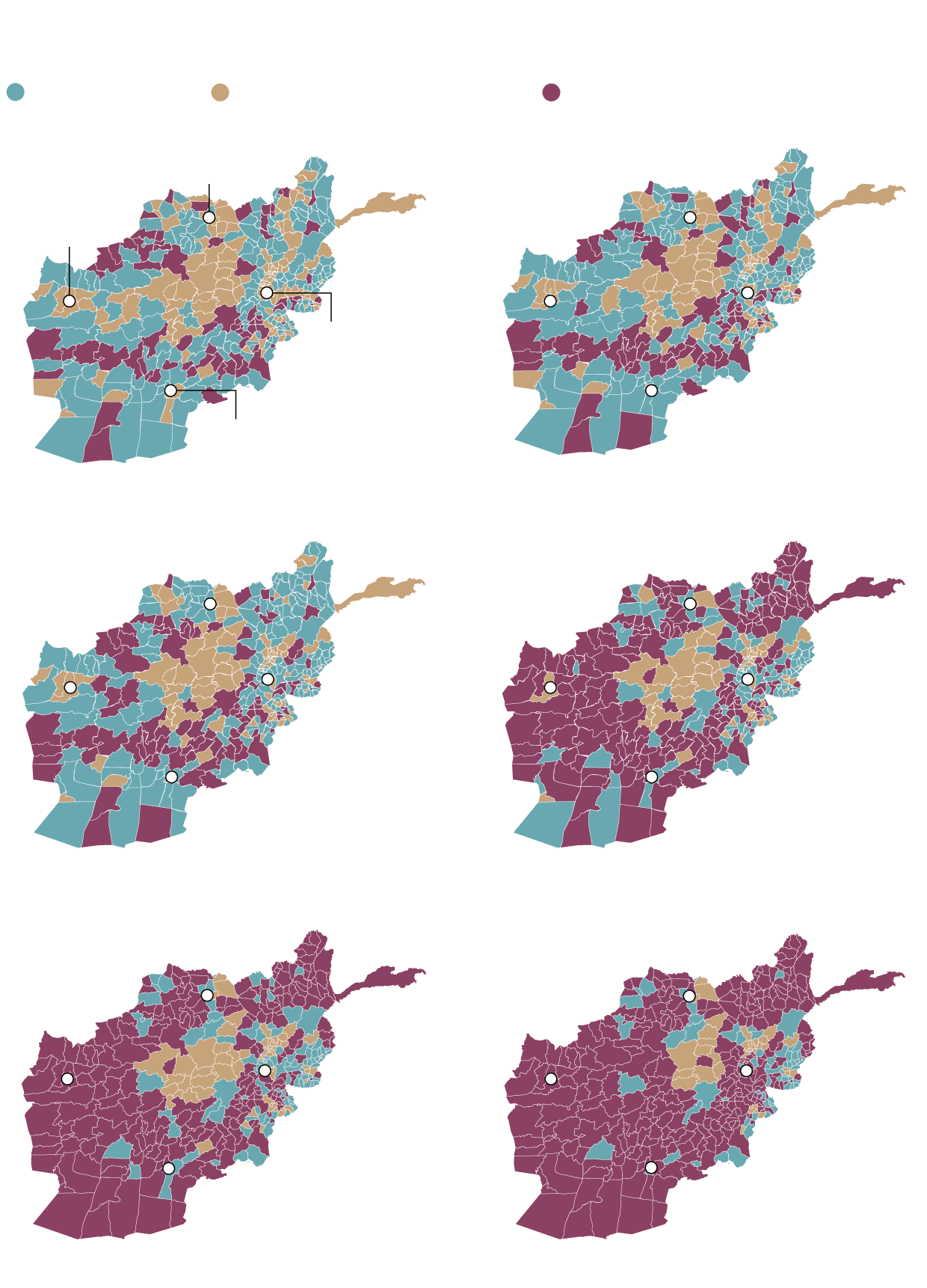 Why did the U.S. withdraw from Afghanistan so quickly?

The Afghan “forever war” has been costly for the U.S. and its allies, both in terms of lives and money. Three U.S. presidents have tried to set timetables for withdrawal: Barack Obama’s administration said in 2011 that the pullout would begin in 2014, but after some major troops reductions, he halted the process; Donald Trump reached a peace deal with the Taliban and promised to get all troops out by May, 1, 2021, if they kept their commitments; and Mr. Biden announced a plan this past April to withdraw by Sept. 11, which he later revised to Aug. 31. Once the U.S. military hurriedly gave the Afghans control of Bagram airfield, the Taliban redoubled their efforts to overthrow the Afghan state. And once they had succeeded, Mr. Biden held firm to the Aug. 31 deadline despite pleas from allies to have more time for evacuations.

ISIS-K, short for Islamic State Khorasan, is a local offshoot of Islamic State, the militant group that declared a “caliphate” in much of Syria and Iraq in the mid-2010s. The Taliban and ISIS-K consider each other enemies, but security analysts say they may be strongly connected through separate alliances with the Haqqani network. U.S. intelligence officials also believe the group stepped up recruitment of disenfranchised Taliban members in the chaos surrounding the Ghani government’s collapse.

It was ISIS-K that claimed responsibility for Aug. 26′s suicide-bomb and gunfire attacks on the Kabul airport, which killed dozens of Afghans and at least 13 U.S. troops.

Canada in Afghanistan: From a war to a rescue mission

Canada ended its military mission in Afghanistan in 2011, by which point 158 Canadian Armed Forces members and seven Canadian civilians had died in the conflict. Ottawa continued to support Afghanistan with humanitarian and development aid and promised to continue doing so after the Americans left this summer. But as the situation deteriorated, Canada redeployed special forces to Afghanistan to help evacuate its Kabul embassy, and then hastily organized evacuation flights.

Prime Minister Justin Trudeau faced intense pressure to save Afghan interpreters and staff who had helped the Canadians and would be vulnerable to Taliban reprisals. In July he announced a fast-tracked plan to do so for thousands of people, but by the time of the final Canadian airlift on Aug. 26, Canada managed to bring only nine emergency airlifts. Many of the 21,000 Afghan refugees Canada has promised to accept will have to get here via other countries: Some are waiting in U.S. and allied military bases in the Middle East and Europe, but many are still in Afghanistan. Foreign Affairs Minister Marc Garneau says Canadian diplomats can help any evacuees who make it to safe third countries on their own, and Ottawa is exploring options to help those left in Afghanistan.

How can I help ease the Afghan humanitarian crisis?

Throughout the Afghan conflict, there have been various United Nations organizations and charities accepting donations to help Afghans through their dire straits. They include:

Afghanistan: More from The Globe and Mail

Afghan human rights activist Sarina Faizy worked from Washington to help her family flee Afghanistan and lobbied for them to come to Canada. Here, she describes how her 11 family members first sheltered in Kandahar and finally made it through the chaos at Kabul's airport.

Escape from Afghanistan: How Canadian journalists saved their colleagues in the nick of time, with help from Ukraine

I am a teen stuck in Afghanistan. And I am begging Canada for help

Geoffrey York: The Taliban control Afghanistan once again. To understand the country’s future, we shouldn’t forget their past

Louie Palu: In Afghanistan, I saw firsthand how these interpreters saved lives. Now who will save them?

Lawrence Martin: Canada and the U.S. must learn from the Afghanistan debacle

With reports from Robert Fife, Reuters, The Canadian Press and The Associated Press